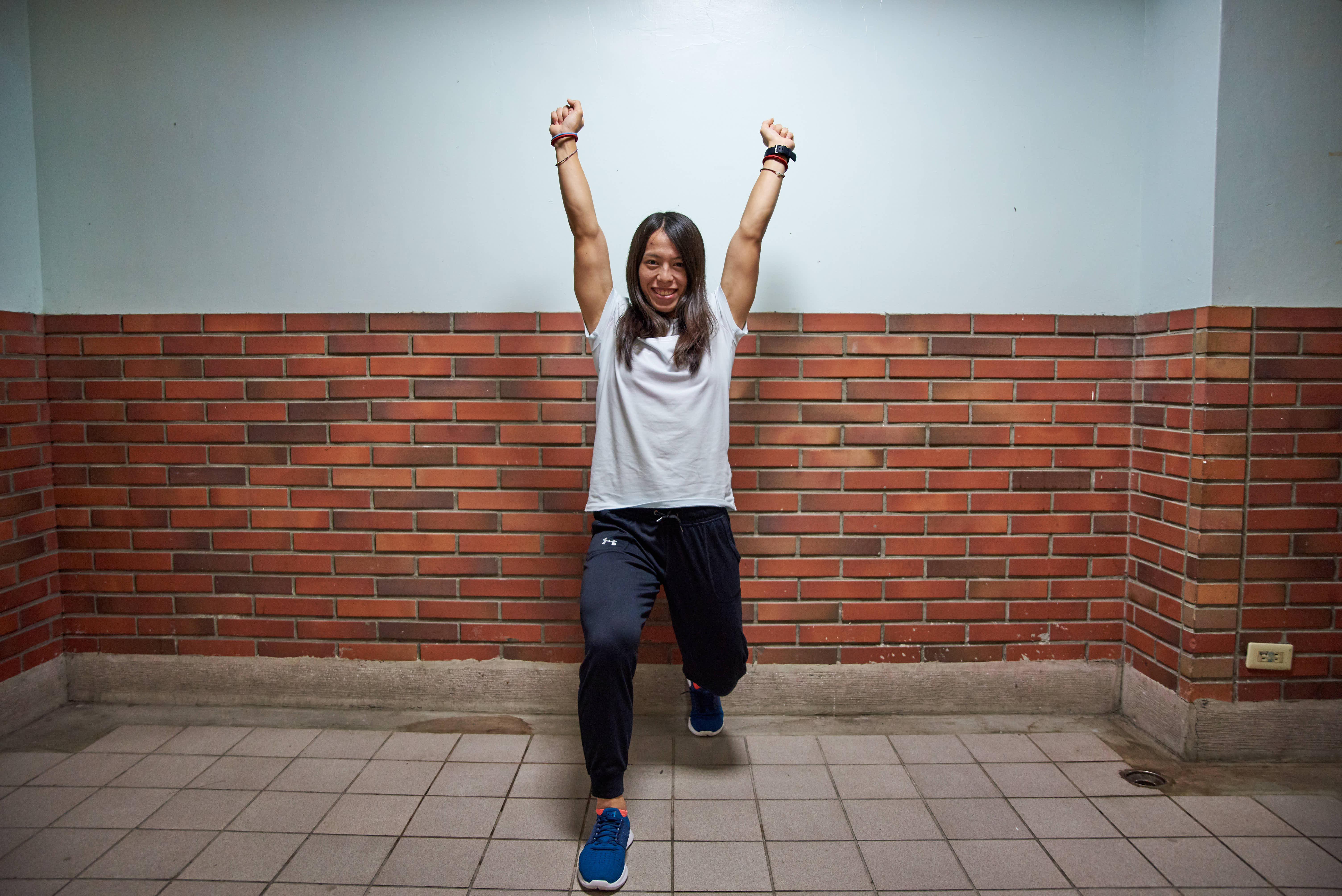 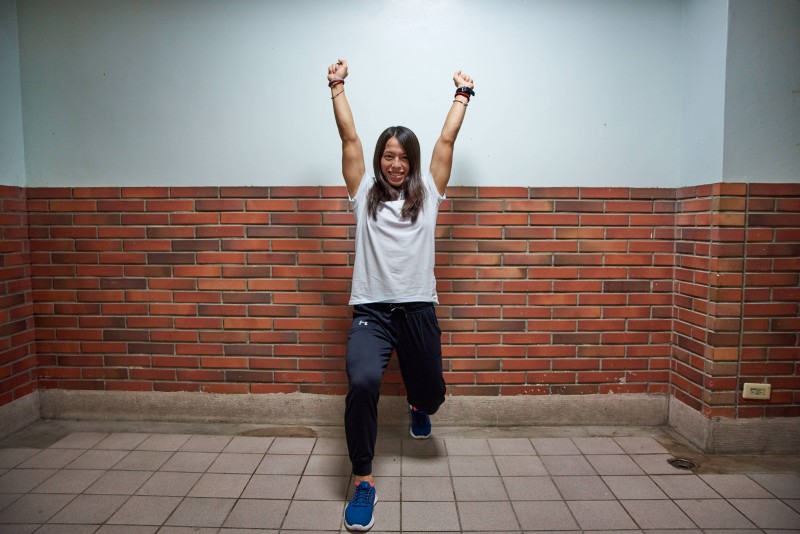 On August 21st, Taiwanese Olympic Weightlifter Kuo Hsing-chun (郭婞淳) not only broke the Universiade record twice for the snatch lift, she then proceeded to break the world record for the clean and jerk lift. It was no mean feat for a Taiwanese Amis kid who grew up in the relatively resource starved city of Taitung.

Kuo’s victory, in many ways, was a testament to the resilience of the Taiwanese spirit. It is no surprise that professional athletes have not yet gained much attention in the Confucian society of Taiwan, where academic success overshadows all other aspects of life until young adulthood. In order for an athlete to become successful in Taiwan, he or she often has to overcome limited funding, inadequate training environments, continuous traveling across different time zones, and the homesickness from training and competing outside of their hometowns for years. Despite immediately being hailed “The Pride of Taiwan” by the Taiwanese people, Kuo has carried herself with integrity and grace. Unhindered by the newfound limelight and political mire, she not only looks to give back to the sport of weightlifting but also her own country. She recently put forward NT$1.8 million from her personal prize money to donate an ambulance to Penghu Huimin Hospital (澎湖惠民醫院). Furthermore, Kuo has started her own T-shirt fundraising campaign, “I am with Kuo,” to help aid sports development. All of the money raised will go to Bausun Junior High School (台東寶桑國中).

City543 caught up with Kuo to chat briefly about her upbringing, the trials and tribulations of being a weightlifter, and her own dream of opening a breakfast shop in Taitung.

[Interview has been edited for clarity.] 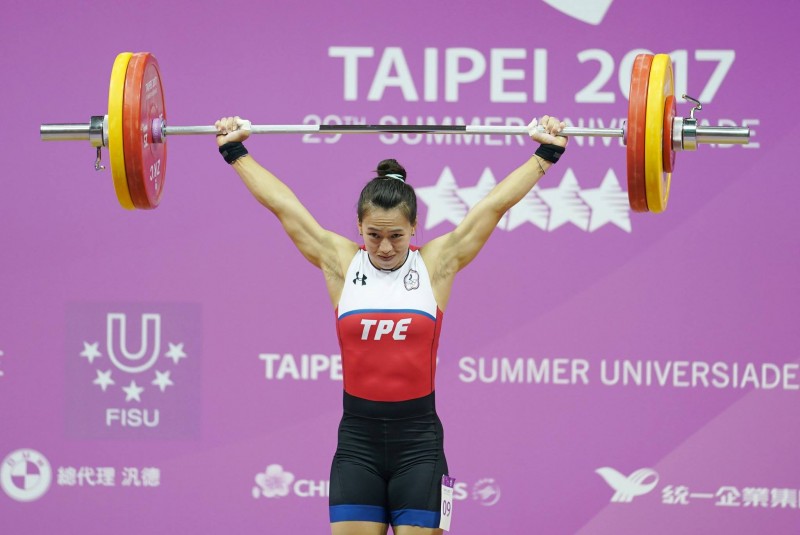 I’ve always been an active kid. I’ve dabbled in soccer, judo, basketball and track and field since elementary school. In junior high, I did weightlifting and wrestling. Then in high school, I specialised in weightlifting.

What was your childhood dream?

To become a national basketball player for Taiwan.

So weightlifting was not a priority until high school?

Yep, before that I had trouble choosing between track and field and weightlifting. But after I dropped the baton twice in two different relay races and immediately won a gold medal in a weightlifting competition, it seemed only natural that I stick to weightlifting.

What does weightlifting mean you?

Not really. It’s more of a feeling of accomplishment.

For sure. On the internet people ask: “how can she lift so much weight?” And there’s a meme that says because of rent/mortgage and car loans… 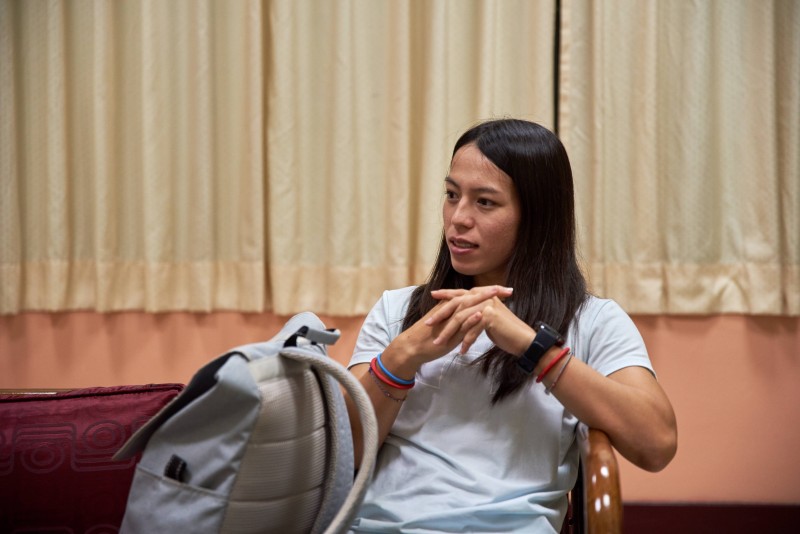 You suffered an injury right before the 2014 Asian Games, what supported you through that period of time?

Positive energy. Yeah! Apart from that, I was lucky to have met Dr. Ding-I Yang (楊定一博士), who taught me how to be grateful and to share the love. Also, my family and friends were there to support me all the way.

Tell us your schedule as a professional weightlifter.

I train everyday. Sometimes there is more recovery work, like massages and stretching.

How do you relax?

Yeah, I’ve always wanted to play the piano since elementary school. I think it has a beautiful sound, and is calming too. I actually bought a real piano and started lessons. But I had to stop and from there I just play simple pieces I find on the internet. 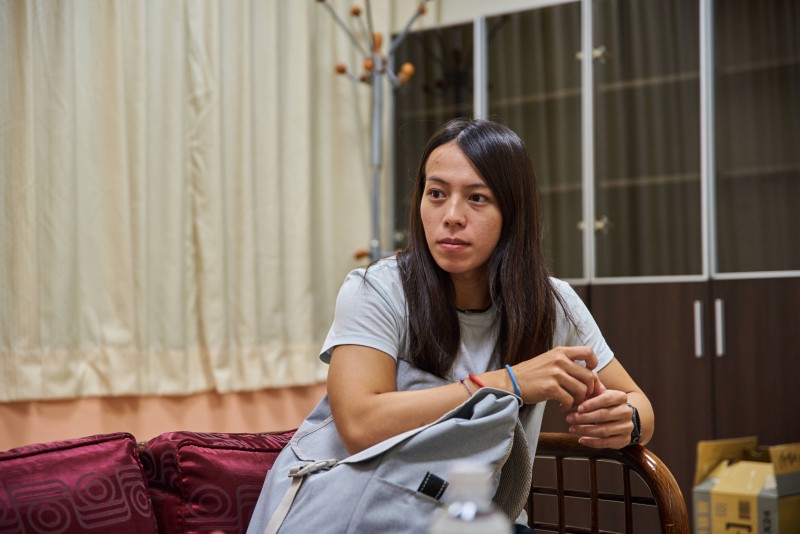 Do you ever feel alone?

I never feel alone. My team and training partner are always with me every step of the way. I am only alone on the stage.

Do you have any advice for young athletes, especially the Youth Olympics alumni, who are transitioning to the adult and professional world?

I think the important thing is to reflect on every step along the way. You have to ask: “Was there something I could’ve done better?“ And to have goals. They don’t have to be big ones, just step by step is fine.

What made you want to donate an ambulance? Any childhood influences?

The main reason was my injury before the 2014 Asian Games. And on that day the ambulance arrived really late, traffic jam maybe. Because I couldn’t move my leg and it really hurt. I really could feel the pain and despair of a person waiting to be rescued. And it wasn’t an open injury either. No blood spewing everywhere. But you could really relate. Originally, I wanted to donate to the hospital in Taitung (where I was born). In the end, they referred me to a hospital in Penghu, and I donated to those who needed it.

Do you plan to give back to the sports community? And future athletes?

Due to the fact that I am an active athlete right now so I can’t do as much as I’d like, but definitely in the future. 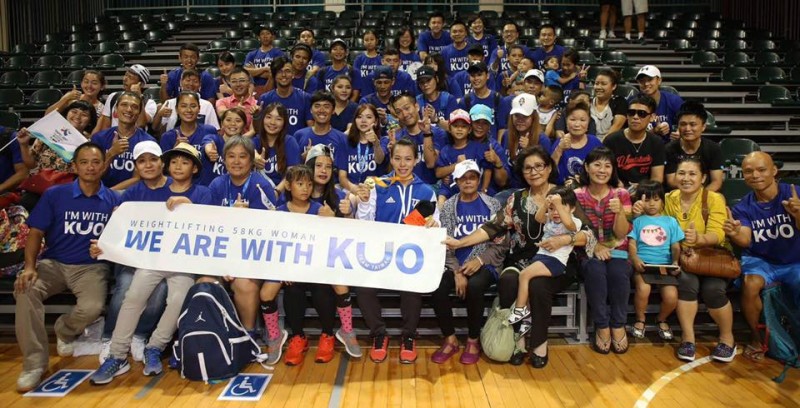 Is there anything you feel that is lacking in the environment for Taiwanese athletes?

Now that I am a medalist, I have access to more resources than most people. But back in the day I had no rehab team, no nutrition planning and no adequate training equipment. I think more resources should be allocated to athletes on every level, not just the very top.

Was there anything different competing in Taiwan this time?

There was no environmental pressure. I mean no need to adjust for time differences, food differences and so on. And the support of the crowd was really motivating. Everything is familiar. 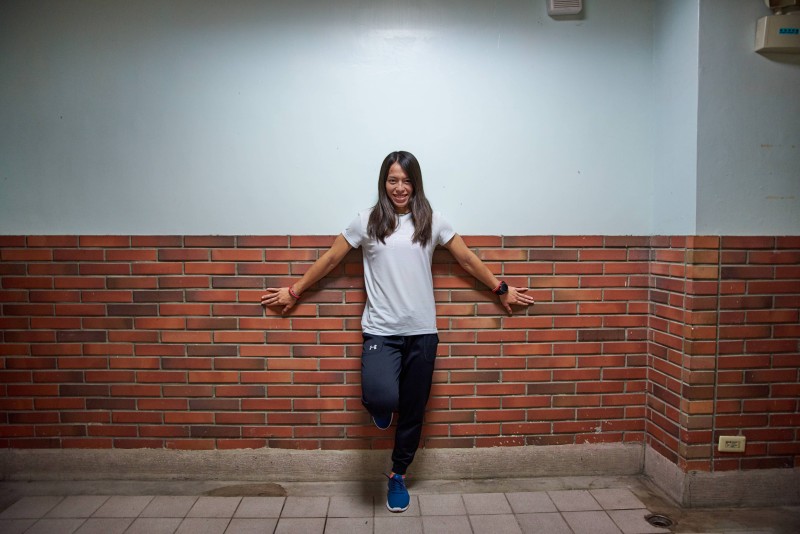 What are some things you want to do if you had more time? Maybe after retirement?

Travel. I’ve been to Brazil and definitely want to revisit. I think I dig the old cities, like Athens. See the world. Because although I do get to travel when I’m competing, it’s not the same. I can only stay in the training center and all I can think about is the competition. Also I’d like to coach the future generation and help them with my experience.

Why do you want to open a breakfast shop in Taitung?

Back when I was young and when I had to train for different things, it was really hard to get a good breakfast. And I also would like to help out the kids there with things like providing nutritious food. It is a way for me to give back.

Check out Kuo’s video with #TeamUA below: