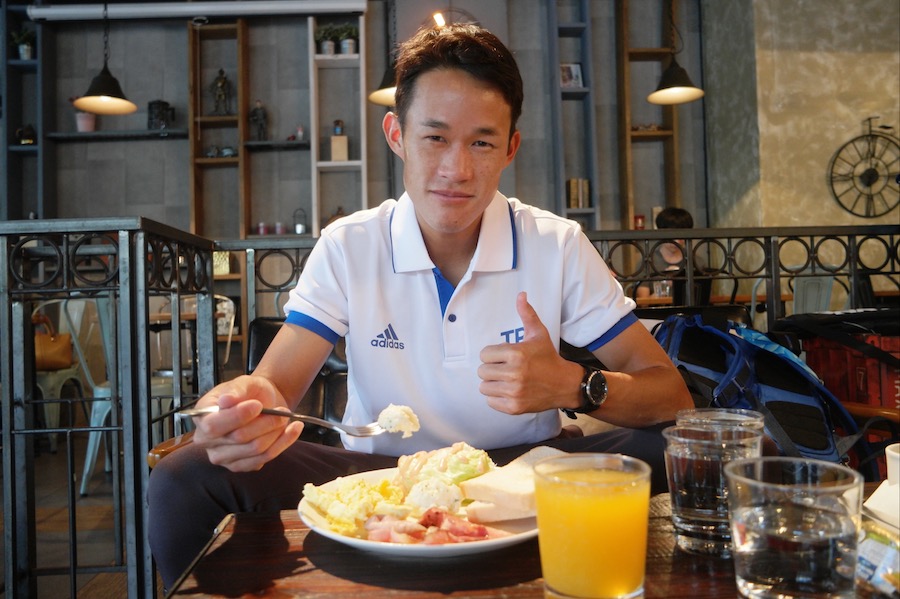 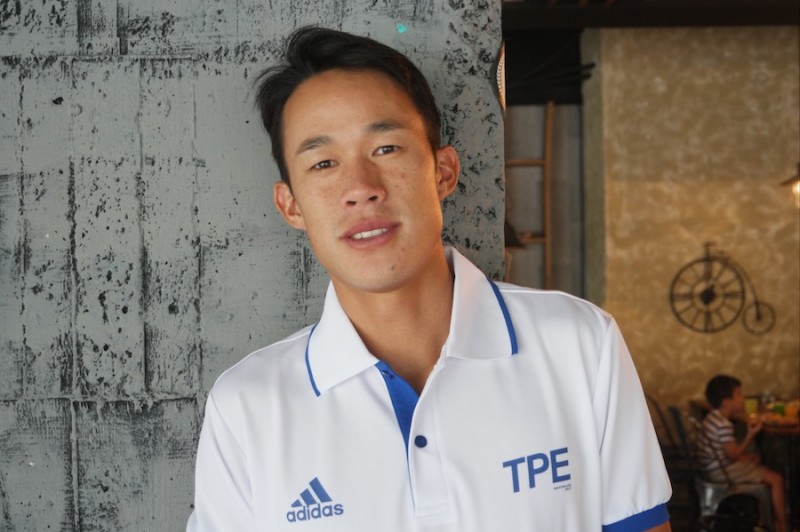 Taiwan is seeing the rise of a new sports superstar—one who’s using his fame to advocate for a revitalization of the Taiwanese language.

American-born tennis player Jason Jung (莊吉生) won gold for Taiwan in the 2017 Summer Universiade, the biennial international sports competition for university students that concluded in Taipei this Wednesday. For his idiosyncratic way of speaking, which casually combines Taiwanese and English, the 28-year-old has already drawn comparisons to L. A. Boyz, the Taiwanese-American rap group that rose to prominence in the 1990’s.

Jason’s victory coincides with renewed debate over Taiwan’s representation in international sporting competitions. Since 1981, athletes have participated in events like the Olympic Games and Asian Games as delegates from “Chinese Taipei,” a moniker adopted by the country’s Olympic Committee after being refused entry to the 1976 and 1980 Olympics under the name “Republic of China.” Though recent administrations, backed by public support, have shifted in favor of adopting “Taiwan” as the nation’s official name in the global sports arena, any efforts to rename would be blocked by China. When publicity materials were released for this year’s Summer Universiade, one of the largest sporting events Taiwan has ever hosted, the discovery that “Chinese Taipei” had been chosen as the name used to refer to the country was met with public outrage.

It’s in this context that Jason has emerged as an athlete leveraging his status to promote Taiwan and instill national pride. Following his most recent win, City543 grabbed breakfast with Jason to talk about being on the court, inspiring the younger generation, and searching for decent tacos in Taipei.

[Interview has been lightly edited for clarity.]

City543: Is this your typical kind of breakfast?

Do you prefer to eat American-style breakfast?

Yeah, for sure. It’s a little bit more healthy.

What’s your favorite thing to eat in Taiwan?

My favorite thing to eat is ba-zang [肉粽]. My grandma used to make it when I was little.

Do you have any favorite places to get ba-zang?

Not really. I’m still trying to find a best place. I’m not, like, super crazy where I’ll try to hunt it out, but if I see it, I’ll go try it.

Is there any American food you miss when you’re here?

The one thing that I always miss when I’m in Asia is Mexican food. ‘Cause I grew up in L. A.

Are we talking real Mexican food or Chipotle?

I mean, I miss Chipotle, too, but I miss real Mexican food. 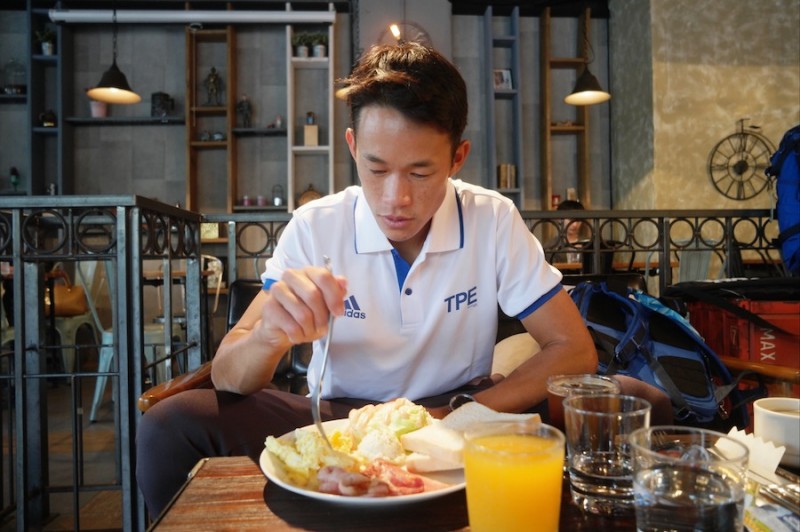 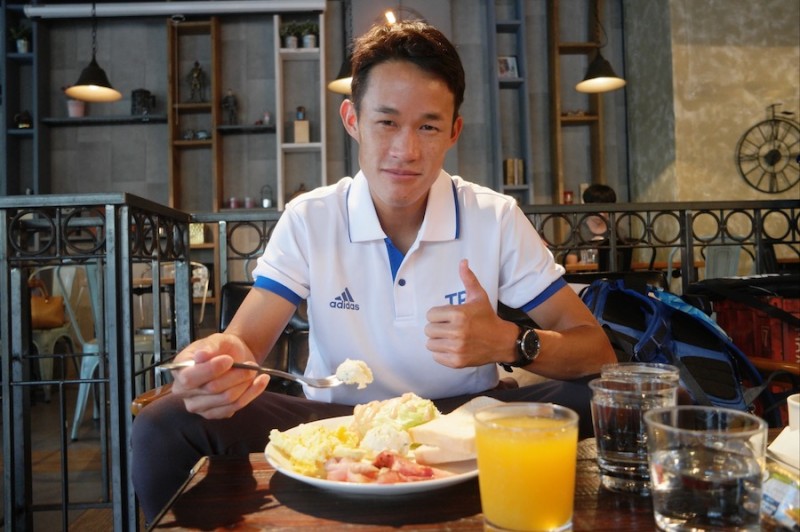 So what motivated you to come back to Taiwan?

Growing up in the U. S., I was American, but it was one of those things where at home, you’re Taiwanese. My parents are very Taiwanese. My dad comes back to vote whenever there’s an election, so there’s always been a strong sense of Taiwanese identity in me. Two years ago I had the opportunity to come back and play for Taiwan, so I just jumped at the chance.

Where does that love of Taiwan come from?

I think Taiwan has struggled identity-wise for a very long time. The biggest thing, I think, is the Taiwan language because most people don’t speak it now, especially our generation. For me, being able to speak Taiwanese and maybe try to revive it a bit makes me really happy, since I think a big part of Taiwan is speaking Taiwanese.

A lot of local media has caught on to the fact that you speak Taiwanese. How does that make you feel?

I think it’s great. People have been coming up to me speaking Taiwanese so they don’t even try speaking in Chinese. Hopefully with my voice, I can start something here that can get younger kids to start speaking Taiwanese.

Have you received any interesting comments from fans?

People are just really happy I speak Taiwanese. Yesterday we went through the parade, and I’ve never seen so many Ah-ma’s come out. They were yelling my name, and they were so happy because they speak Taiwanese. Like, “thank you for helping our country.”

What does your family think of what you’re doing?

My dad has actually always wanted to help Taiwan. That’s why he comes back to vote—that’s the only way he can help. So for him he’s really happy that I can be doing this because that’s also what he wanted to do. My brother was for a while active in the Taiwanese American community, too. He was the president of Taiwanese American Citizens’ League for a couple years.

Do you think there’s added pressure to perform when you’re playing in Taiwan?

This time, yes, just because of the magnitude of the university games here. You also want to do well for your country. A lot of people come out to watch, so it’s almost like you don’t want to disappoint them.

How did you feel in the moment of winning?

Relief. It was just a long two weeks because I came here early to prepare. I thought it was more mentally challenging every day just because you had to handle the nerves and the pressure, and to win it was such a relief because it was also winning for Taiwan. 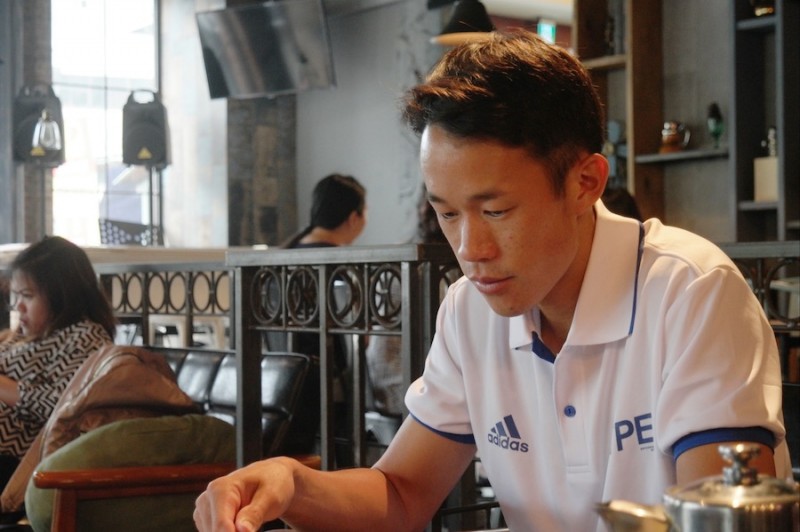 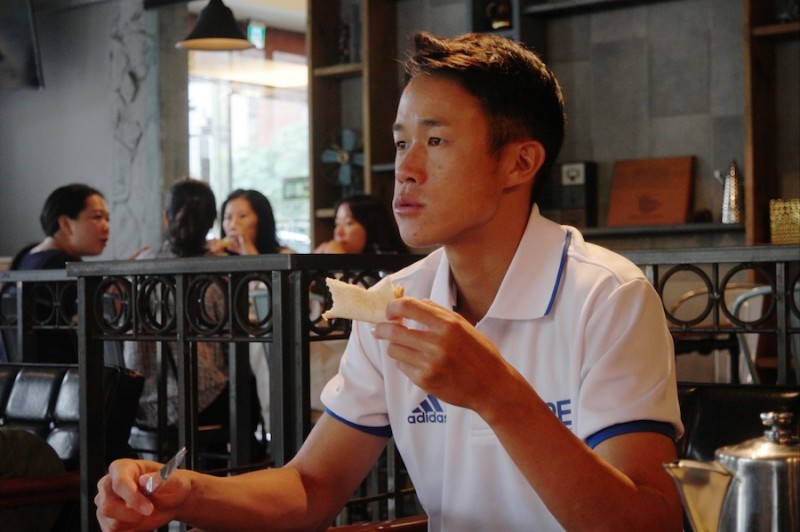 What do you do for fun?

We practice a lot and we’re always playing tournaments, so fun is usually trying to relax. For me, I’ll watch TV shows or movies, HBO, Netflix.

Game of Thrones—I just finished Game of Thrones. Well, actually, I didn’t watch the last episode yet. The other one I like is Silicon Valley.

It’s a comedy. It’s basically about start-ups, how they come to form.

When I’m in Taiwan, I’m usually in Taichung. It’s a little bit more quiet, and I have some more friends there, so it’s usually where I like to go. It’s usually just meeting up with friends, getting a bite to eat, going to get massages. It’s more low-key, which I like. Tennis is a pretty stressful environment, so any time I get I want to relax. There’s a few times when we try to celebrate or go hard, but that’s maybe once or twice a year.

Is there anywhere in Taiwan you want to go?

A friend was just telling me about this place in Taiwan, where the water is really blue, but it’s like a different shade of blue.

What is some advice you would give to Taiwanese-Americans who want to make it in Taiwan?

I think “make it” and “success” are hard words to define. But I think, if anything, just being here and in whatever you’re doing, if it’s something somehow helping Taiwan or promoting your identity—it’s already success, for me. 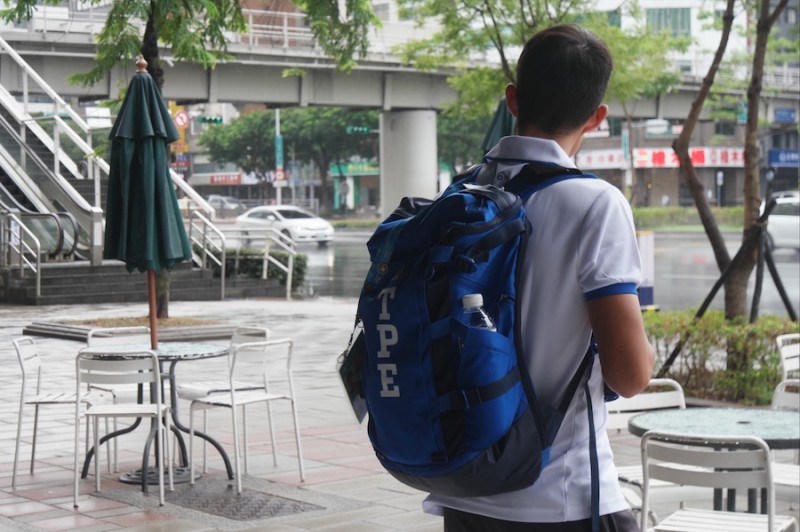