Forget About The Forbes’ Lists, Here Are 9 Great Things About Taiwan 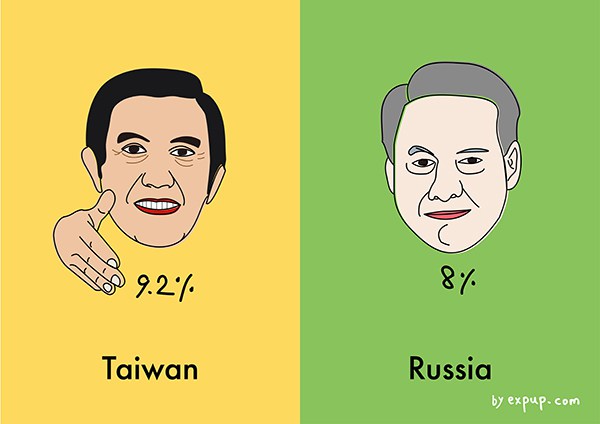 Is Taiwan a developed country? We’ll let you be the judge of that. But our island has a lot more merit than you might give it credit for. Here are just nine of them.

1. There’s no proliferation of guns in Taiwan; more than 11,000 people die from gun violence every year in the United States. 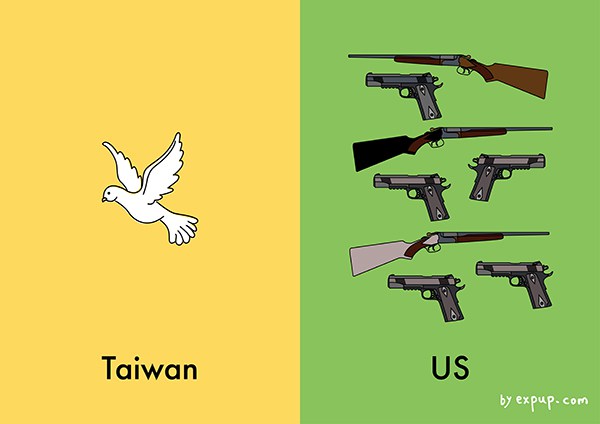 2. Taiwan does not invade other countries, we are a peace-loving country. 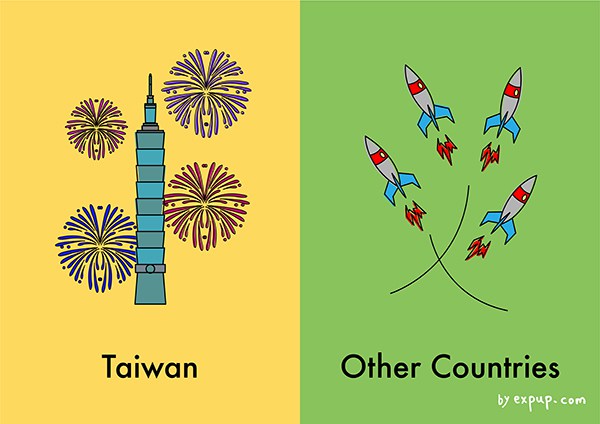 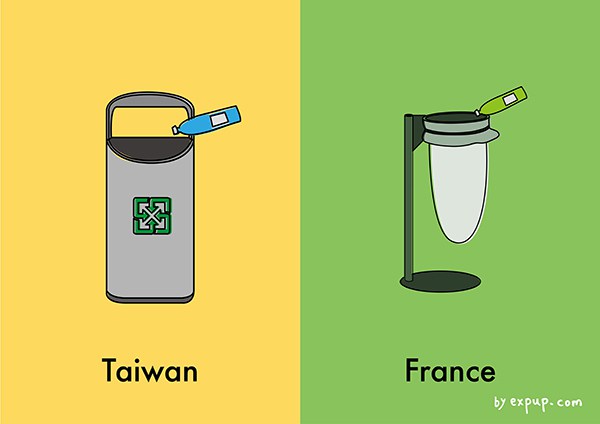 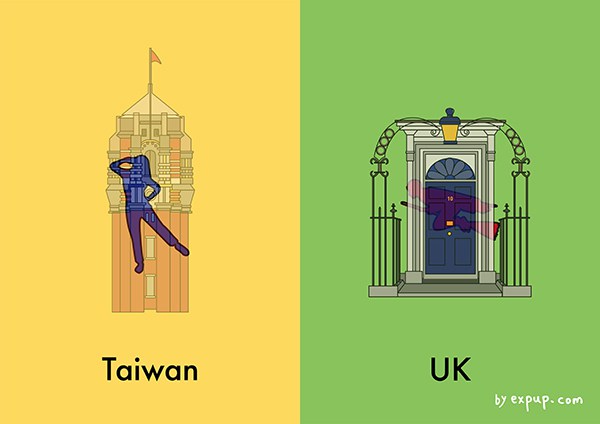 5. Taiwan has an average of 11.61 species of butterflies per square kilometer, more than Brazil’s 0.37 species. 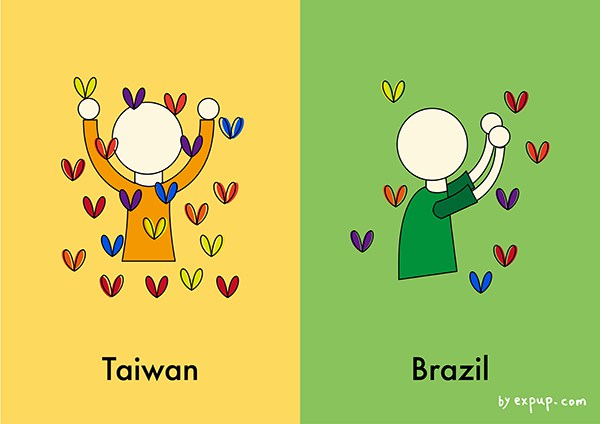 6. Taipei’s rate of tourist growth is 14.9 percent, which is higher than Tokyo. 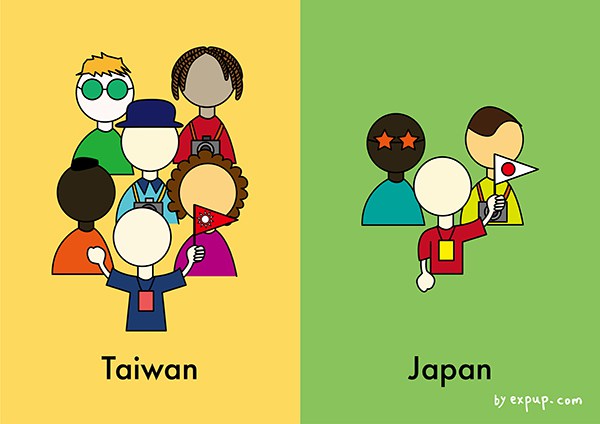 8. National Taiwan University Hospital performed 504 ECMO-supported heart transplant operations, which is the highest in all Asian countries. In second place in Asia is Korea with more than 400 operations. 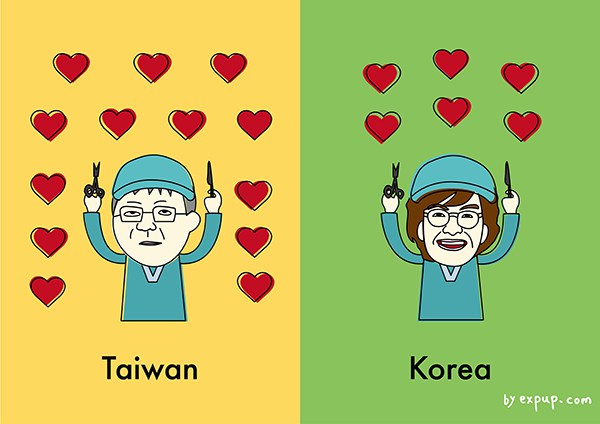 9. The approval rate of President Ma Ying-jeou is dwindling at 9.2 percent, but it’s higher than former Russian President Boris Yeltsin’s 8 percent when Yeltsin was in office.

This is a horrible list of dishonesty, random cherry picking and outright ignorance.

1. If you’re going to pick random things (ignoring the ignorance of firearm use, statistics, and cultural identification) how about we talk about all the guns that are in Taiwan and are used to murder people? Or the beatings, and subway knifing, thefts, corrupt police force, the violent vehicle crime, etc? Taiwan has a real problem with violence and crime that you’re just white washing over because you don’t like or understand firearms.

2. Taiwan has been at war for 65 years and spends a substantial percent of GDP on its military. Taiwan has a history of military violence against it’s own citizens, the aboriginal people and the Japanese expats who stayed behind. Based on this list, you seem fairly uneducated regarding Taiwan, so I would suggest looking up the White Terror among other similar historical facts. The only thing keeping them from invading China is the fact that China would absolutely destroy them. It’s been official government policy that Taiwan work towards invading and reclaiming China in the future. It was the founding military doctrine of the KMT.

3. They may recycle (because it’s a forced mandatory practice) but the recycling doesn’t stop them from destroying their national parks, beaches and oceans with careless actions. Diving used to be nice in Taiwan but they took care of that.

4. So, while the GODI seems to be regarded as a bit of a joke, internationally, it still doesn’t discount the fact that to get anything done in Taiwan at the national or local level, you still need the appropriate bribes, kickbacks and political corruption if you have any hope of accomplishing anything at all. Just ask Mr. I-Shou how supporting the wrong political party works out for you after elections. Oh yeah, he was forced to sell most of his stuff to China.

5. You’re really stretching to compare something between a nation that is literally over 250 times larger than Taiwan. How about we compare air pollution index averages?

6. This is ok if you’re into hordes of mainland Chinese tourists. Whee…what fun.

7. Yet, the superconductors, and pretty much any other technological device worth its salt is cheaper in America. So what’s the point?

8. Very specifically chosen heart transplant statistics…hooray! About comparing the amount of over prescribed medications and the complications that result? Or their health care system that’s been running a deficit for the past 20 years and has been determined to be unsustainable?

I love how posts that disagree and offer conflicting viewpoints, facts and evidence aren’t allowed.

Taiwan at the present situation were devastated due to avoid death penalty if committed a crime.

I was blushing when it mentioned tourist growth rate. Yes it is 14.9%, because we went from zero tourism in the last hundred years to a recognizable traveling spot in Asia (Nowadays, more and more people can distinguish the differences between Taiwan and Thailand.) Once the tourism industry is developed, we are back to 0.1% growth rate again.

Here is something else Taiwan/Taiwanese people do better than the rest of the world…you stand in the middle of fucking doors with your heads up your asses. Seriously, whether it is the train or the MRT, how are people supposed to exit the car (so you can get on the car) if your dumb ass is blocking the door? Move tge fuck out of the way, so people can get off the train. Then there is empty space on the train for your dumb ass to occupy

Dan,have you ever been in Taiwan? I am one of Taiwanese, Taiwan only spends 2.4 percent of GDP on our military, lower than the USA (4.7%) and we don’t have any war for almost 70 years.

I always feel sad when people need to pull doubtful arguments to prove how great their nation is. This all look silly! Better try to improve standard of living and enviromental protection.

Wow, nice random, dopey “great things about Taiwan”. You may as well compare the gallons of beetle nut juice spit on the ground yearly to the price of sauerkraut in Germany.

The fact that these posts are cherry picked is 100% correct, but I don’t really see it as such a huge issue. How often do articles not cherrypick source data? Even the best scientific articles cherrypick “something,” and it’s absurdly rare to see an online article where absolutely everything isn’t cherrypicked. It’s much like finding a government without massive corruption. Taiwanese just know that theirs is corrupt because they’re open about it.

The problem with the article is that it doesn’t really do anything to prove what it set out to claim; that Taiwan is developed. Almost all of the points prove zilch about that.

I’ve lived in Taiwan for years. The one thing I can truly agree with was John Doe’s comment about people standing in doors. It’s not just on trains and MRTs. People in Taiwan are very rural minded and will block almost any type of thoroughfare for extended periods of time for absolutely no reason whatsoever, yet remain totally oblivious to their actions or the presence of others around them.

Part of this is due to how peaceful Taiwan is. Even when office workers are exiting buildings in mass, large numbers of people will simply block the exit while chitchatting while others are forced to push or squeeze past them. I find it entertaining to stand next to them making faces or giving them rabbit ears while they remain totally oblivious to my presence.

That’s all well and good if you’re from some tiny town out in the boondocks, but it’s inexcusable behavior for people who grew up in a busy city like Taipei. However, Taiwanese usually don’t seem to notice it at all, so clearly it’s not a problem for most of them. It’s only saddening when you see elderly, disabled, or pregnant women tripping over others as they try to squeeze past.