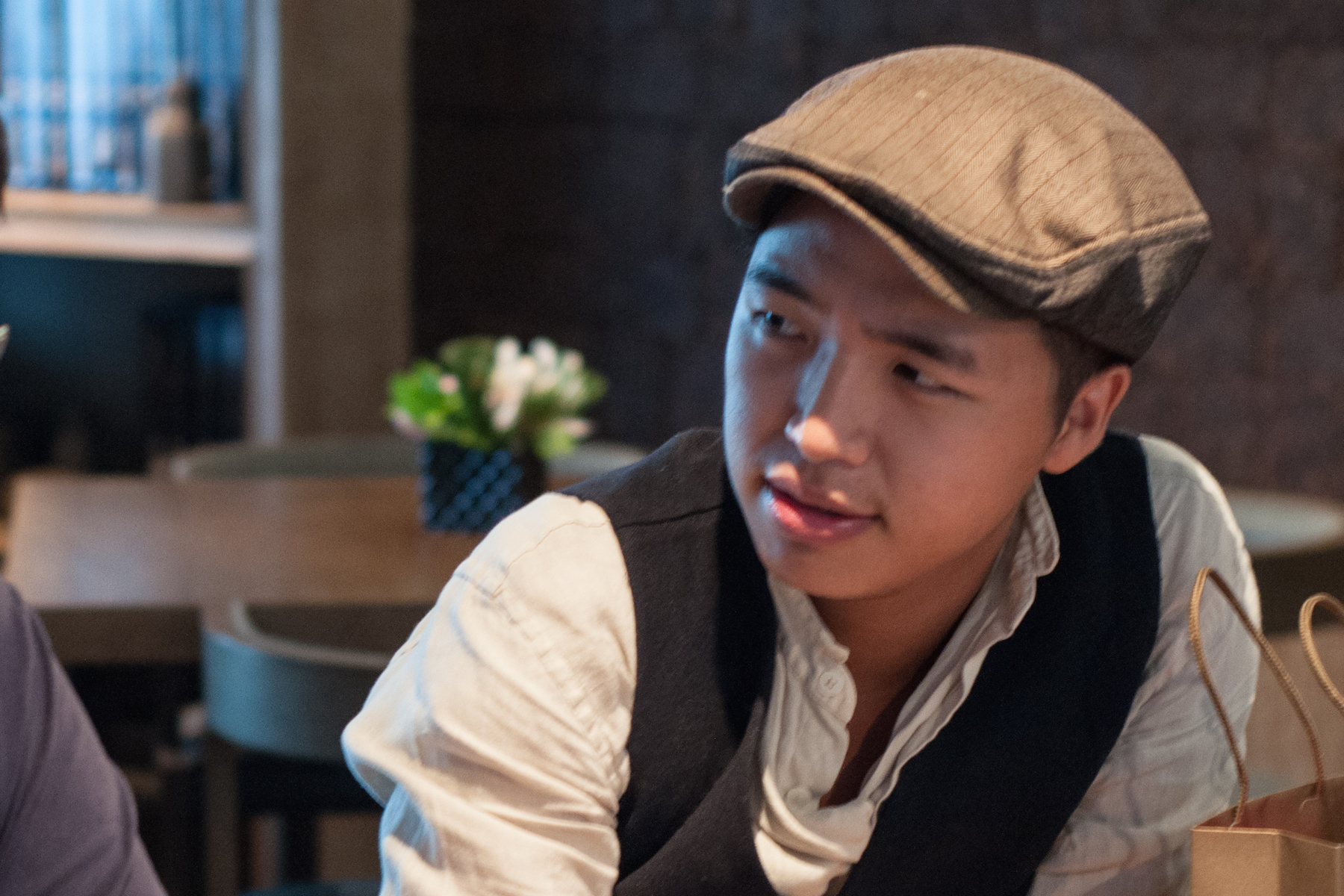 Jeek Pan’s credentials include working under the helm of celebrity chef Andre Chiang (of RAW fame) and training as a cook at the Regent Taipei, but he’ll be the first to correct you if you treat those experiences as the start of his culinary journey: “That was French training; I’ve been cooking since I was six.” His family owns a restaurant, so the emphasis on food has been ever-present. At the moment, Jeek is taking a break from the kitchen to focus on food writing. His blog, Jeek’s Foodmaze, couples gorgeous cinematography—Jeek studied film at the University of Leicester—with a culinary expertise that manifests in everything from instructional cooking videos to chef biographies. That “chef-first” mentality has helped Jeek distinguish himself from the hordes of other food bloggers; case in point: Chef Andre Chiang himself posted a shout-out on social media thanking his former apprentice for a recent article.

When City543 learned that Jeek is currently based in Tainan, we pounced on the chance to get his personal run-down of Taiwan’s cultural capital. The southern city is famous for its street eats and architecture, but its nightlife scene remains largely unexplored. We asked Jeek to enlighten us on the best of the bars with an eye to what all chefs appreciate most: quality drinks and a place to unwind.

Sitting beside a crowded temple where “by day you can smell the mixed odors of incense sticks and tea” is a bar that hosts some of the most tempting drinks in the city. Exposed rafters and crumbling paint preserve The Checkered Record Club’s vintage teahouse aesthetic, but the wall brimming with rare spirits leaves no doubt that T.C.R.C. is up-to-date with the best of modern-day mixology. There’s no menu here, so order your drinks directly from barkeep A-Liao; his creative concoctions, such as a Smoky Manhattan or an Asparagus Sour, are sure to impress. In particular, Jeek recommends the Vintage Cream Cocktail (古早味奶酒), which combines vodka with Taiwanese soy milk and millet, and the infused teas. Another establishment that capitalizes on Tainan’s heritage, Wan Chang Qi Yi also mixes Western bartending with Asian motifs, but its ambiance evokes the dark romanticism of a film noir. Light emanates from paper lanterns hung across the ceiling, casting a subversive scarlet glow over the brick walls and framed calligraphy scrolls. Drinks are poetically but cryptically named: one favorite is “Qin and Se Ring in Harmony” (琴瑟和鳴), which features melon and orange notes. As an added benefit, there’s “not a lot of people, so you can chill.”

Red Wolf makes no pretenses of being a classy venue; the girls pole dancing on the table make sure of that. But the “lousy tavern atmosphere,” as Jeek affectionately terms it, is ideal for nights that call for big pitchers of beer to be had for cheap. Avoid the mixed drinks—”they suck”—but come for the live shows and boisterous energy. Not one to shy away from a bold palette, this indie rock bar juxtaposes fuchsia and slate blue walls with forest green leather sofas. The eccentricities extend beyond the color scheme: Jeek credits Kinks with a “very unique taste in music” and a knack for showing “weird movies you’ve never seen before.” Its location next to a railroad means that films and ballads alike are oft interrupted by the sound of a passing train. Perhaps as a result of all these idiosyncrasies, Kinks has managed to attract a loyal following. Strong drinks are a plus, too; Jeek recommends the Long Island Iced Tea. While Yue Jin Porridge and Qiu Shou Charcoal Grill aren’t bars, Jeek considers a guide to nightlife in Tainan incomplete without a reference to these late-night eateries. Yue Jin, open until 3 a.m., offers Tainan classics like minced pork rice, fish belly and fish skin soup, while 24-hour Qiu Shou is the destination of choice for victuals like pork shoulder and chicken cartilage. The latter restaurant is notable for being situated in a siheyuan, an enclosed quadrangle typical of classical Chinese architecture. Do as the local “uncles” do and wash your food down with several cans of Taiwan Beer or a bottle of kaoliang liquor. Afterward, you may find a trip to the bars unnecessary.