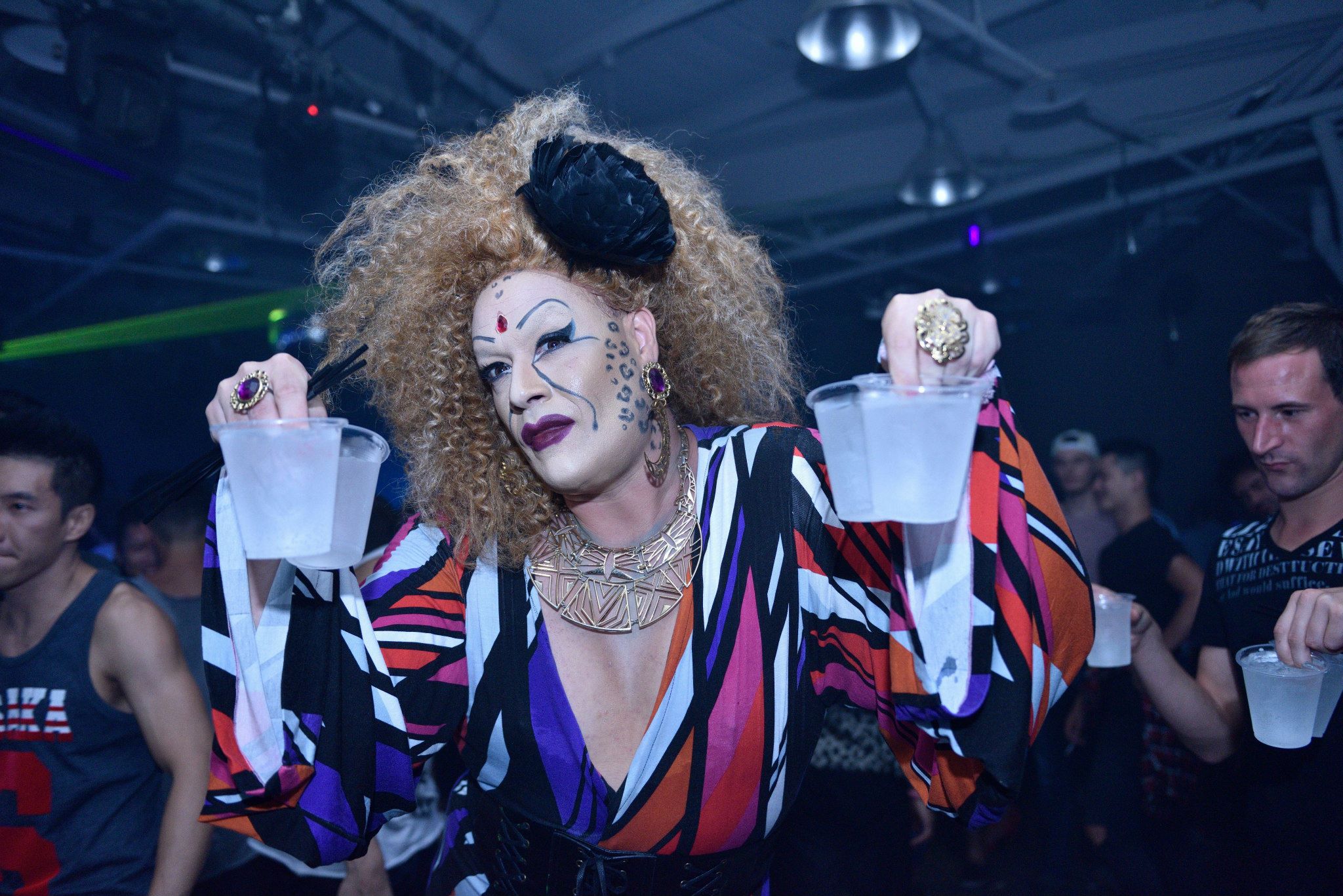 Let’s make it official: Taipei is the new LGBT mecca of Asia. The Taiwanese capital is home to a robust range of gay watering holes to suit all types. Queer women have their own, if more limited, establishments as well. From sipping gin and tonics on the terrace to cozying up in a smoky basement to getting a little wild on the dance floor, City543 is giving you the lowdown on gay Taipei. Whether you’re looking for femmes or bears, twinks or butches, get off Grindr, Jack’d and Tinder and engage in some real-life romance at these haunts.

Red House is the home of Taipei’s main gayborhood and remains the first port of call for most visitors, whether for relaxing with old friends or mingling with new ones. Right behind the prominent Red House Theater in Ximending are Café Dalida, K House and a half-dozen other bars—though it may be difficult to tell them apart, as the establishments are situated immediately next to one another. Several offer all-you-can-drink specials, but the taste is, unsurprisingly, not the best in town. The outdoor patio seats, tucked beneath soft lighting and palm trees, are the perfect spot to grab a refreshing cocktail and enjoy the wonderful weather Taiwan has to offer. If you fancy kinky dark rooms and your own version of Fifty Shades of “Gay,” check out Commander D in Ximending. Just a little walk away from Red House, this BDSM-themed dungeon will satisfy with its dim red lights, clandestine corners and S&M paraphernalia hanging from the walls. The main area regularly features whipping and bondage sessions, while the dark room plays host to even naughtier activities, though everything’s a bit tamer than what you might find in the more infamous parts of Europe, per se. Nestled on Yanji Street, Fato Underground is a gay bar flying just under the radar. A quieter, more relaxed alternative to other bars on the same street, including neon-lit Park and the moody, industrial-chic La Boca, Fato is a hidden gem that can be shared with someone special you want to impress. Its speakeasy atmosphere and artfully crafted cocktails attract a classy clientele, while its affable owner and friendly bartenders are rivaled by no other gay bar in the town. Of note: the owner claims to be a gynecologist by day. Even classier.

Rumor has it that this gay bar draws the most attractive guys in the city. Shrewdly positioned at the border of Dongqu and Xinyi, Abrazo is perpetually overflowing with patrons, giving it a reputation as one of Taipei’s gay nightlife icons. The large central table is ideal for surveying the crowd, while the more secluded sit-down areas flanking the sides are more suitable for groups. An inside source has told us that Abrazo will be moving to a new location soon because of protests from neighbors who have complained about the noise—we did tell you it’s popular. On any given evening, this unpretentious lounge bar attracts its fair share of lesbians, particularly drag kings, for all-night fun. L World is hidden down a quaint little alley, so it manages to maintain a low-key, “well-kept secret” feel. Throw back a shot, share a cigarette, and wrangle yourself a queen to keep you company until the wee hours. A main player in the Taipei gay scene, G-Star is the largest dedicated gay club in the city. The modest entrance may not inspire excitement, but you’ll feel the energy once you’re downstairs. The central stage often hosts Taiwanese models and go-go boys; later in the night, it’s taken over by a line-up of regulars who execute perfectly choreographed K-pop routines. Snag a spot at one of the second-floor tables overlooking the dance floor for the best views of the action. Though far removed from the Xinyi crowds, Triangle’s monthly gay party Werk has been going strong since 2014. While its dance floor is smaller than G-Star’s, Werk arguably features better music and livelier crowds. Check out the drag shows that start the night: expect fierce drag queens with elaborate hairdos accompanied by muscle men in matching wings and Speedos (and very little else). When the time of the month comes around, Werk is a hard choice to beat for a night out. Taboo is where party-hardy lesbians come to connect with their tribe. While Friday and Saturday are the biggest nights, the club is also open Wednesdays and Thursdays (a rarity in Taipei) for those seeking midweek entertainment. Taboo often hosts themed parties, offering a discount on the cover charge, which includes bottomless drinks, to those who dress up. Most of the patrons are locals, but never fear if your Mandarin is weak; on the dance floor, language isn’t the only means of communication.