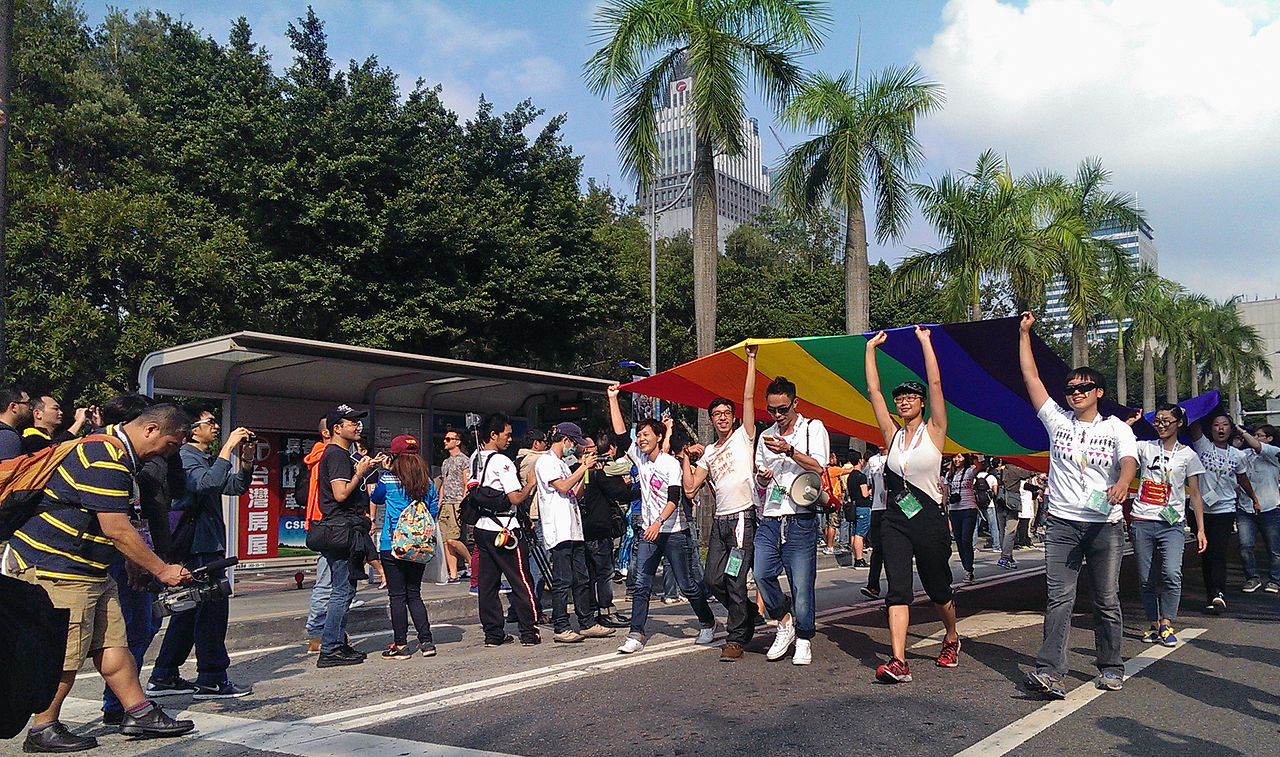 As one of the most LGBT-friendly countries in Asia, Taiwan plays host to a thriving gay social scene that helps to draw almost ten million unique visitors every year. October, in particular, is a prime time to visit, as a bevy of LGBT events are scheduled to occur throughout the month. The widely attended Pride Parade is a must-do, of course, but so are several other happenings that need to be on your gaydar.

In its second year, the Taiwan International Queer Film Festival showcases domestic and international LGBT films complete with panel discussions, meetings with the filmmakers, workshops and a queer shorts award. The festival starts in Taipei (October 23 to November 1) before moving to Taichung (November 2 to 7) and Kaohsiung (November 13 to 17). Check out last year’s winning submission, 100 Apples, a classic coming-of-age tale detailing the struggles and challenges of teenage love. Who will win the Thong, Brief and Boxer awards this time? Hosted by Lez’s Meeting, Taiwan’s preeminent lesbian party planner, publisher, entertainment agency and taste-maker, Girls Pride 2015 promises to be the party of the year for the lesbian crowd. Party with beats by DJ Noodles and DJ Teddy at Ximending’s Red House Theater, the epicenter of Taipei’s gay scene. Feel free to dance dirty, but be sure to keep your outfit clean; the dress code is all-white. The LGBT social scene isn’t just about all-night parties and one-night stands; stay “out of treble” with the first-ever event in Asia comprised of international LGBT choirs. Seeking to promote cultural diversity and gay rights through the power of music, the festival has attracted groups from as far away as the UK and is one of many ancillary events that will tie in with the Pride Parade. Those who aren’t part of an ensemble but would still like to participate can take part in the “from scratch” choir that will learn and perform a song together. It’s the granddaddy of them all, the Moby Dick (excuse the pun) of the fish in the sea: now in its thirteenth reincarnation, the Taiwan Pride Parade is unquestionably the biggest LGBT event of the year. Some 80,000 visitors are expected to descend on the capital for the four-day Pride celebrations, which culminate in the parade. The procession kicks off from Ketagalan Boulevard at 2 p.m. As the sun sets and Taipei’s urban sprawl becomes illuminated with the glow of city lights, head to the roof of the W Hotel for what will be the after-party to the parade. Expect thumping house music from the likes of DJ Will Hsu and DJ REX, as well as a scintillating go-go boy performance from underwear brand TOOT. Come back in your swim trunks the day after for an afternoon party; the cute guy you saw earlier just might be hanging out at the pool bar.