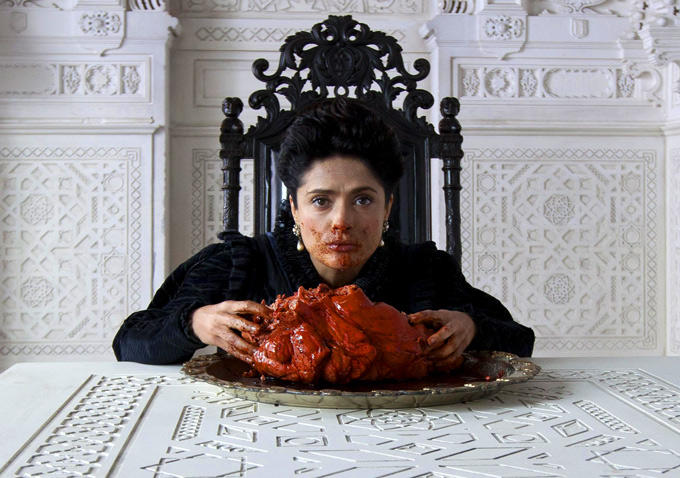 Organizers of the annual Taipei Golden Horse Film Festival, the biggest of all film festivals in Taiwan, has lifted the curtain on the second lineup of films to be screened at this year’s event.

Here are the 11 new films that have just been announced:

The End of the Tour

Executive produced by Anthony Kiedis and Flea of the Red Hot Chili Peppers, Low Down is based on the memoirs of Amy-Jo Albany (played by Elle Fanning) about her father, the famed jazz pianist Joe Albany (played by John Hawkes), and his struggles with drug addiction.

Kurylenko, Del Toro and Robbins star as a group of aid workers who work to resolve a crisis in an armed conflict zone in this film based on Paula Farias’ novel Dejarse Llover.

This fantasy horror film adapts three stories from Pentamerone, the first book of fairytales written in the 1600s by Giambattista Basile that has inspired many authors including the Grimm Brothers, Hans Christian Andersen and Charles Perrault. The three interwoven stories include a street circus family, a jealous queen yearning for a child and a king whose passion is stoked by two mysterious sisters. Also, Salma Hayek eats a sea monster’s heart.

Based on the first volume of director Benchetrit’s autobiography Les Chroniques de l’Asphalte, this French comedy-drama depicts the tenderness, laughter and compassion improbable encounters brings to a world of urban alienation.

The French drama follows Brigadier Jean Albertini (Tahar Rahim) on his mission after he is chosen to infiltrate a group of anarchists.

Starring Mathieu Amalric of the French tearjerker The Diving Bell and the Butterfly, My Golden Days is a prequel to Desplechin’s 1996 film My Sex Life… or How I Got into an Argument (Comment je me suis disputé… (ma vie sexuelle)).

Directed by recent Cannes Best Actress winner Emmanuelle Bercot, Standing Tall is the story of Malony, a boy who, abandoned by his mother, is constantly in and out of junvenile court, and of children’s magistrate Florence (our queen Catherine Deneuve) and caseworker Yann, who work tirelessly to save him.

The film follows Leo Hurwitz (LaPaglia), a documentary film-maker, and Milton Fruchtman (Freeman), a producer, who hope to televise the trial of Adolf Eichmann, an infamous nazi who was one of the major organizers of the Holocaust.

Men and Chicken is a black comedy about two outcast brothers, who discover a horrible truth about themselves and their relatives when they get to know their unknown families.

Previous films announced in the first lineup for the festival include 2015 Cannes winners Laszlo Nemes’ Son of Saul, which won the Grand Prix, The Measure of a Man starring Vincent Lindon, who was awarded Best Actor and Mon Roi starring Emmanuelle Bercot, who won Best Actress.

Taxi, directed by Jafar Panahi, which won the Golden Bear and the FIPRESCI Prize at the 65th Berlin International Festival will also be shown, as will Pablo Larraín’s The Club, which won the Jury Grand Prix at Berlinale.

Other films to be screened include several Cannes, Berlinale, Sundance and Venice festival nominees and winners. These are Kiyoshi Kurosawa’s Journey to the Shore, Patricio Guzman’s The Pearl Button, Anna Muylaert’s The Second Mother, Alfonso Gomez-Rejon’s Me and Earl and the Dying Girl, Tsai Ming-liang’s Afternoon, Guan Hu’s Mr. Six and Atom Egoyan’s Remember.

The 2015 Taipei Golden Horse Film Festival will gallop from November 5 to 26, with the award ceremony on November 21.

Ticketing information has yet to be released.