Take A Seat: Live In Style With Designer Furniture And Chairs From MOT’s Taichung Branch 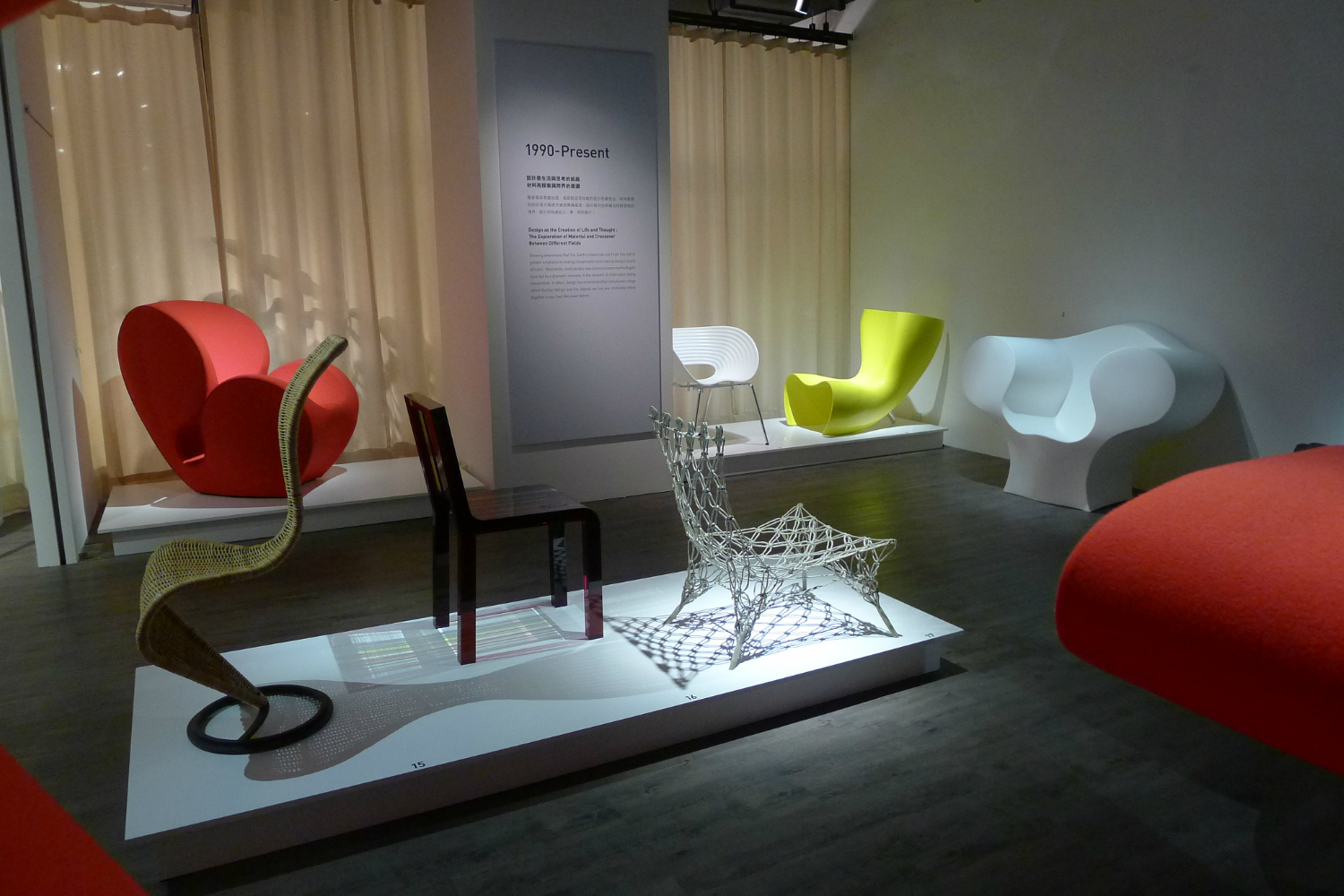 Upon entering MOT STYLE, it is as if one has somehow traveled half way across the world and stumbled into the Milan Furniture Fair.

“Take a seat; be our guest,” the hundreds of designer chairs—several considered important works at the Milan Furniture Fair itself—in the new Mecca of design beam. First established in Taipei back in 2008, MOT opened its first hybrid mall in Taichung on June 17 with a staggering combination of more than 60 top-of-the-market brands, including storefronts of works by British designer Tom Dixon, major design companies Vitra and Magis, as well as Dutch designer Marcel Wanders’ moooi.

MOT STYLE’s Taichung branch is the first mall in Taiwan to introduce ARMANI/DOLCI’s dessert brand and ARMANI/FIORI’s floral boutique and is the largest mall in the country that specializes in high quality household items. Ongoing in the design gallery of the basement is The Chairs exhibit, which includes classic works of several interior design greats including Charles Eames, Finn Juhl, Konstantin Grcic, Ron Arad from 1930 onwards. The exhibit is interesting in that there are no placards describing each chair and its designer, forcing visitors to focus on each seat’s details and curves.

Photography is allowed—and even encouraged—and visitors can also pick up a free accompanying exhibition guide book that includes detailed descriptions of the 45 chairs on show. The basement also includes more than 25 different brands that belong to MOT CASA, and visitors can even rest their laurels on several of the famous pieces from the exhibit that are for sale.

Once you’re wonky-eyed from beholding such beauty, head up to the cafe on the first floor and grab a coffee while seated on chairs designed by Philippe Starck, Tom Dixon and Jamie Hayon.

Also worthy of note is a display cabinet that holds miniatures of the 100 most influential chairs throughout the history of design. Each model is one sixth the size of the actual work, making for a literally condensed version of what’s on show at the Vitra Museum in Germany. The exhibit’s theme pertains to the beauty and seduction of the feminine physique and its harmonious integration with furniture to create a cross between two types of art, enhancing the “sensory feast” awaiting viewers. With contributions from Kassy Cho.