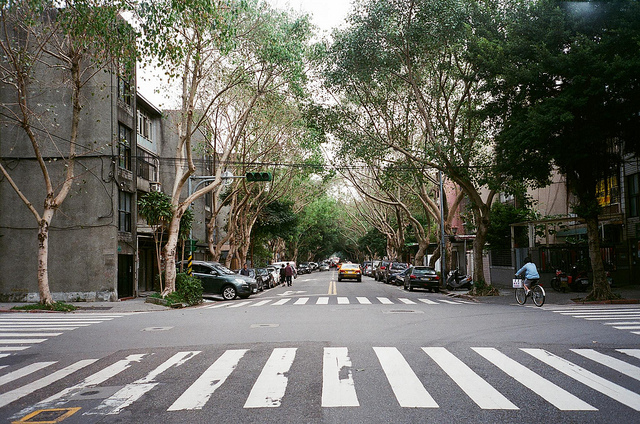 Oft-hyped by foreign press as the next Daikanyama, Songshan’s Fujin Street remains one of Taipei’s more underrated and untouched hipster enclaves. The 800 meter-long street at the basin of Songshan Airport is home to vintage stores, café-exhibition crossover spaces and foreign exports such as Japanese store BEAMS. Fujin Tree, in particular, is a must-see/eat/buy; a café, clothing and furniture conglomerate, Fujin Tree proves that there’s more to hip lifestyle empires in Taipei than just Donqu’s VVG. Songshan may reek of commercial airport sterility, but its roots to Mother Nature remain fully intact. Songshan District’s emphasis on urban greenery and farming has given the neighborhood, billing itself as “Healthy City”, a distinctive eco-friendly flair, and a serious contender on this map is Beher Kitchen, which promotes sustainable living and eating through culinary classes, exhibitions and the sale of local farmers’ produce. Think of Beher as the perfect marriage between carefully-curated art space and Sunday farmer’s market. Food for thought, literally. A trip to Taipei—no, Taiwan—would be remiss without chowing your way down the one-street night market of Songshan’s Raohe. Where Raohe lacks in trendy paraphernalia (à la Shida) and sprawling chaos (looking at you, Shilin), it makes up for in new and old Taiwanese street eats. It’s here at one of Taipei’s oldest night markets where you’ll find everything from beef cubes to fried squid to Raohe’s now infamous pepper buns—all in such small proximity from one another, making it an unsurprising favorite amongst food bloggers from all over. Head down for a spiritual foodie catharsis—or just some old-timey fun. Hailing all the way from Daikanyama, Japan, Kyushu Pancake Cafe set up shop on Fujin Street earlier this year. Not just its first overseas branch but also its first ever branch in general, Kyushu opened to overwhelming support and hour-long queues. While the hype has since worn off (but only ever-so-slightly), Kyushu still boasts of a steady fan base going bananas over its pancakes—which owes its unique mix to grains exclusively sourced from Kyushu, then topped with local Taiwanese ingredients. The cafe features an extensive and eclectic array of toppings both sweet and savory. While Taipei is cultivating its own special cafe culture and subsequent coffee aficionados, Aussies might still reign supreme over the brunch game. Woolloomooloo, lovechild of Taiwanese-Australian architect Jimmy Yang, proves why. With Sydney’s quintessential warehouse-chic interior aesthetics, textbook Aussie fusion menu selections and coffee straight from the motherland, Woolloomooloo is both substance and style. By no means a cheap Taiwanese knock-off, a startling attention to detail sees Australian tidbits littered throughout the joint; look out for Vegemite, Aesop and Frankie Magazine. Jolly gets beer. It gets that it deserves more than your bottom-shelf fridge space at home, and it gets that it goes good with good Thai food. Moreover, it gets that drinking beer can be a craft—especially when that beer is craft beer. While Taipei may be in no clear shortage of mid-range to high-end Thai restaurants, Jolly sets itself apart from the rest with this exact philosophy. A flight of Jolly’s own beer—a collection of stouts, ales, pilsners and more—sets you back only about NTD$300 and will satiate craft beer connoisseurs and ordinary beer folk alike. Cheap and classy. Located near the MRT station, Capital Hotel has all the essentials ready for you to relax upon after a late night out exploring Songshan. Surrounded by many attractions and the MRT, Charming City Hotel lives up to its name with its charming decor and service. House Tango provides for a very comfortable and lovely visit and is located near many different attractions of Taipei.

Jolly is so terrible, I don’t get anyone who is serious about beer thinks this place is legit.