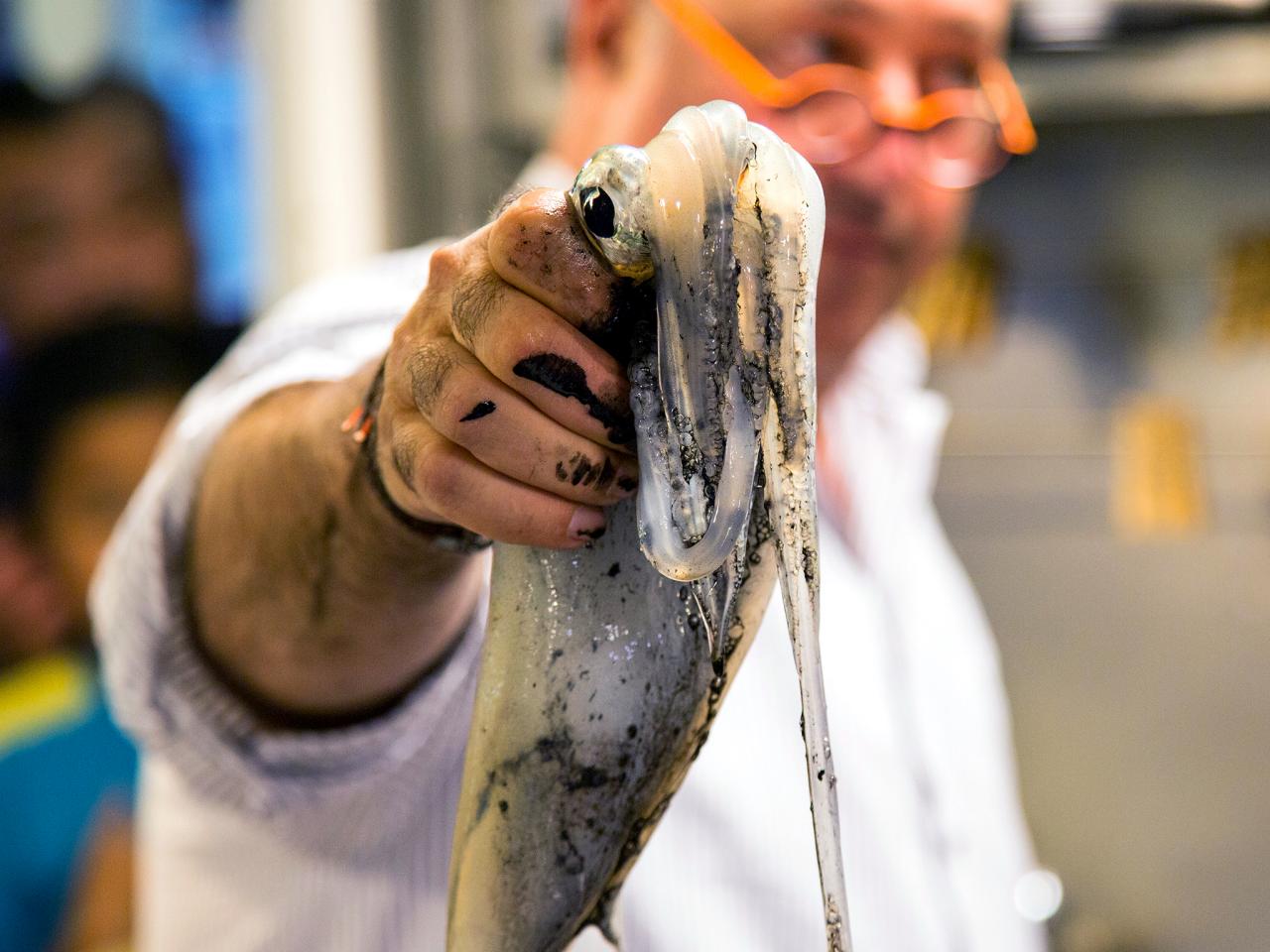 Known for his strong curiosity and even stronger stomach, Andrew Zimmern is the host of Bizarre Foods, an American television show that documents his food travels all across the globe. In order to get a taste of the bizarre flavors of the tropics of Asia, what better place for Zimmern to visit than our very own island of Formosa?

By request, the founder of City543, Christine Yeh—along with Hungry Girl in Taipei, Joan—had the unique opportunity to show Zimmern around the capital, providing translation and insight into the history of Taiwan’s most unusual and beloved food. Nicknamed “Stinky Tofu Town”, Shenkeng is notorious for its smell and top notch tofu industry. Specialty restaurants all over town sell different versions of the well-known Taiwanese delicacy. Made with the utmost patience, the tofu of Shenkeng is first soaked in water for around five hours before it is mashed, heated and strained. After it is rid of excess water in a presser, the tofu is soaked in decomposed herbs and plants to create the flavor that has tourists from all over the world flying in for a whiff and a bite. Conveniently situated between two waterways and fully equipped with its own plantations, the mountain village of Shiding has a longstanding history of tea production. Alongside tea, specialists trained in China also preserve the traditional art of making Chinese vermicelli, which are chewier than other types of noodles due to the larger amount of salt used in production. Large masses of dough are kneaded and cut in a circular motion to create one long strand, which remain uncut to symbolize the longevity of the eater’s life. After continuous stretching, the silk-resembling noodles are hung out to dry. Mixing the flavors of tea and noodles together, the locals of Shiding utilize and blend both culture and contemporary creativity to create their unique, local cuisine. Known as the largest night market in Taiwan, Miaokou Night Market is home to some of the freshest and cheapest sea food. Originally a small collection of shops set up in front of a temple, the night market has since grown into a huge business consisting of more than a hundred vendors. From well-known Taiwanese treats such as braised pork rice and oyster omelet to exotic fried frog meat, each vendor has his own specialty and every stand is an attraction to hordes of locals and tourists. The beautiful seaside town of Danshui is the center of shipping and commerce. Today, it is also one of Taiwan’s most-visited tourist attractions, home to lovely scenery, romantic locations and the iconic iron egg, sold in Asian markets all over the world. The quail and chicken eggs are hard boiled, shelled, then cooked again in a soup mixture of sugar, soy sauce and medicinal herbs for three and a half hours before they are taken out and dried. The process of soaking and drying is repeated for a week to produce the best flavor and its chewy texture. Previously a humble fishing village, the Fuji Fishing Harbor of today has grown into a popular destination for tourists and gourmands. The area’s markets are fully stocked with fresh seafood caught by the more than 4,000 local fishermen and have earned many Taipei chef’s trust and loyalty. Prawns, cuttlefish, shrimp and are blanched and fried expertly by local restaurants to ensure customers are getting the freshest taste of the sea. Described as a cross between New York’s Times Square and Tokyo’s Shibuya with a Taiwanese flare, Ximending is the entertainment and consumer hub of Taipei. Food stalls line the bustling streets of the vibrant shopping district to feed hungry shoppers. Cheap and delicious street food such as vermicelli cooked in thick stock and pork intestines cater to the younger crowds that frequent the area. Although not a location in Taiwan, Taipei’s Din Tai Fung is definitely on the map. The restaurant is famous for its xiaolongbao—small, steamed soup dumplings. Once a small business started by a Chinese refugee, Din Tai Fung and its legacy now permeate all across Asia, way past Taiwan’s doors. More than a hundred branches now serve this Taiwanese goodness into people’s mouths all over Asia and the United States.

And here is a photo of City543 founder Christine sharing a bite with Andrew: Great to see Taiwan through the travel channel, and Andrew Zimmerman is a respectable host!