Upcoming Film Festivals in Taiwan that You Should Not Miss 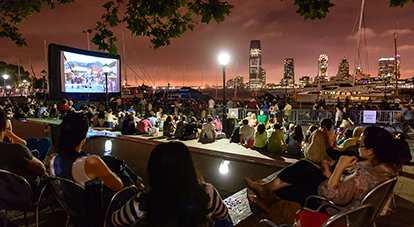 Summer is the best time for an outdoor film screening or to expand your horizons with a good indie film. Independent movies provide a unique scope to stories without the limitations of movie studio corporations, oftentimes becoming an exclusive lens to many untold stories.

Thankfully, Taiwan has many festivals that showcase and reward the best and the finest in independent filmmaking, providing a supportive platform for creativity in media. These film festivals not only curate the local arts, but also brings in internationally-renowned filmmakers to share their experiences, along with many special events and performances. Here are a few upcoming film festivals that you should not miss, listed chronologically. Organized by Taiwan Women’s Film Association, the Women Make Waves Film Festival (臺灣國際女性影展) is focused on diversifying the media, providing a platform for filmmakers to experiment and expand their audience. Through several film festivals throughout the year, the organizers curate and train locals to learn about filmmaking, to further expand the developing artistic medium. The latest film festival currently held in Tainan features renowned independent films from the States, Japan, Israel, Australia and Taiwan, all with empowering female main characters. The Taiwan International Documentary Festival (台灣國際紀錄片影展) is the longest-running film fest in the country and the one with the widest scope. The touring festival plays more than 130 films each year, totally over 30,000 visits around the country throughout the years. Furthermore, the festival features three major competitions in the International, Asian Vision and Taiwanese categories, each with a NT$400,000 grand prize. Fourteen years in the running, the Urban Nomad Film Festival (城市遊牧) has become the biggest indie film festival in Taiwan. For 10 days, local indie films and winners from major film fests like Sundance, SXSW and more are exclusively premiered in the country. Internationally-acclaimed indie film directors are also invited to speak, and very kooky outdoor concerts are held as the festival kick-off. Throughout the month, indie short films are also projected on the rooftop of the Taipei Artist Village before the award-winning movies are shown at the Lux Cinemas by the Ximen MRT station. For nearly two months, the absolutely free V4 Central European Film Festival (V4中歐電影節) will feature eight films, playing at more than twenty locations all over Taiwan. The point of the festival is to share the culture of the V4 countries of Czech Republic, Hungary, Poland and Slovakia, which is relatively unknown in Taiwan. The venues are mostly universities, art museums and even a few restaurants. The films will range from different eras and genres, from a modern comedic flick about female snowboarders to a 1980s crime drama. All films will have Chinese and English subtitles. The event is sponsored by the Ministry of Foreign Affairs. Organized by the Taipei City Government, the Taipei Film Festival (台北電影節) has been held every year since 1998. It features the prestigious International New Talent Competition, where amateur filmmakers can receive a chance to win a very generous grand prize of NT$600,000 for their work. The festival itself is an almost month long of exclusive films premieres all over Taipei City, with some free outdoor screenings, workshops and filmmaker panel discussions to enhance the film buff vibe. The Golden Horse Film Festival (台北金馬影展) is a bit like the Oscars of Taiwan. The best and brightest of Taiwan’s own Hollywood are rewarded for a year of excellence in blockbuster filmmaking. Although the ticket for the main award ceremony won’t be nearly as easy to come by as those of independent film festivals, many viewing parties and a corresponding Golden Horse Fantastic Film Festival are held for us common folks. The Taiwan International Queer Film Festival (台灣國際酷兒影展) was established just last year and is the first film festival specifically focused on LGBT issues. It’s no secret that Taiwan is one of the leading figures of gay rights activism in Asia, and the TIQFF embodies the nation’s growing acceptance of the LGBT community. Set to occur in the fall, the festival is currently accepting entries for independent short films to be showcased, with great cash prizes and chances to network with distinguished directors. The festival will premiere international award-winning LGBT films and selected local entries.