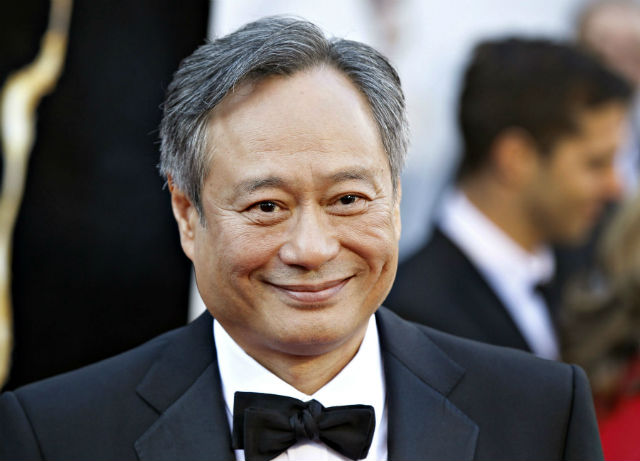 Our pride, our shining beacon, Ang Lee is the first person of Asian descent to win an Oscar, Golden Globe and BAFTA for Best Director. Born in Pingtung County, Lee catapulted into international stardom with his 2000 wuxia flick Crouching Tiger, Hidden Dragon, starring Chow Yun-Fat, Michelle Yeoh, Zhang Ziyi and Taiwanese actor Chang Chen. The film is the highest-grossing foreign-language film in American history, winning more than 40 awards, including the Academy Award for Best Foreign Language Film. Lee went on to win the Academy Award for Best Director with the highly-acclaimed Brokeback Mountain in 2005 and again for Life of Pi in 2012. Many have noted Lee’s insight into the human heart—evident in all his films, including his earlier works of The Wedding Banquet, Eat Drink Man Woman, Sense and Sensibility and Hulk—allow his films to transcend cultural and linguistic barriers to speak to audience all over the world. He also celebrated his Life of Pi Best Director win by getting In-N-Out. Can we love this man any more? Lucy Liu, whose parents emigrated to Taiwan from China before meeting in New York, is one of the most successful and widely known Asian actresses in Hollywood. Besides being our favorite Charlie’s Angel (Sorry Cameron Diaz and Drew Barrymore), Liu was quite the cold-blooded villain as O-ren Ishii in Quentin Tarantino’s Kill Bill. She is currently co-starring in the Sherlock Holmes-inspired TV series Elementary, playing Dr. Joan Watson, the Watson—a role traditionally played by a man—to Jonny Lee Miller’s Sherlock. Our girl’s kicking butt and breaking down cultural and gender barriers with everything she’s doing. Born in Taipei, Justin Lin is the director of more than half of the Fast and Furious franchise (as of yet), which basically means he owns the franchise right? After his directorial debut Better Luck Tomorrow earned a positive review from film critic god Roger Ebert, Lin went on to direct The Fast and the Furious: Tokyo Drift, Fast & Furious, Fast Five, and Fast & Furious 6. No stranger to blockbusters, Lin has just been confirmed to direct Star Trek 3, which will be released in 2016. The King of Asian Pop made his Hollywood debut in The Green Hornet as Kato, the sidekick to Seth Rogen’s Green Hornet. Directed by Michel Gondry, the man behind Eternal Sunshine of the Spotless Mind, the film also starred Cameron Diaz, Tom Wilkinson and Christoph Waltz. Chou and Harry Potter star Daniel Radcliffe have been confirmed as additions to Now You See Me: The Second Act, which will be released in summer 2016. The Taiwanese-Japanese actor, who was born and raised in Taipei, has been exposed to international audiences thanks to roles in a host of films directed by world-renowned Asian directors. Some of his most famous films distributed globally include Wong Kar-Wai’s Chungking Express, Zhang Yimou’s House of Flying Daggers and John Woo’s Red Cliff. Not only that, the Asian Johnny Depp is also the face of Eva Air’s “I See You” campaign, which has doubtlessly reached countless number of travelers all around the world. You may not have heard of Jon M. Chu, but you’ll definitely have seen his movies if you’re a fan of the Step Up or G.I. Joe franchises (or belong to the legion of the Beliebers). Chu is the director of Step Up 2: The Streets, Step Up 3D and G.I. Joe: The Retaliation, as well as Justin Bieber: Never Say Never. He’ll be directing our main man, Jay Chou in the sequel to Now You See Me, featuring an ensemble cast including Jesse Eisenberg, Mark Ruffalo, Woody Harrelson, Dave Franco, Morgan Freeman and Michael Caine. Although primarily known for his music, the Taiwanese-American singer has done some film work, with a breakthrough role in Ang Lee’s Lust, Caution, starring opposite Tang Wei and Tony Leung. Wang also recently costarred with Chris Hemsworth i.e. Thor himself and Tang Wei in Blackhat, a cybercrime action thriller written and directed by Michael Mann of Heat, Ali and Collateral.

Good choices all, but in terms of artistic talent, Wang Lee-hom should be near the top not at the bottom.

Except not (Lee-Hom), his ranking is just fine right at the bottom. His musical talent is pedestrian, would never be able to hack it in a competitive international music market. Which is why he came to Taiwan from the US. To be a superstar in the Mandarin speaking world does not take a ton of talent, good looks and a willingness to not speak up for Taiwan as a country and kiss Chinese ass will do. And Jay Chou’s acting in the Green Hornet… if you are looking for a definition of cardboard, look no further.

I quite liked Jay Chou in Green Hornet, a classy foil to the boorish and buffoonish Seth Rogen.