Urban Architectural Ruins in and Around Taichung 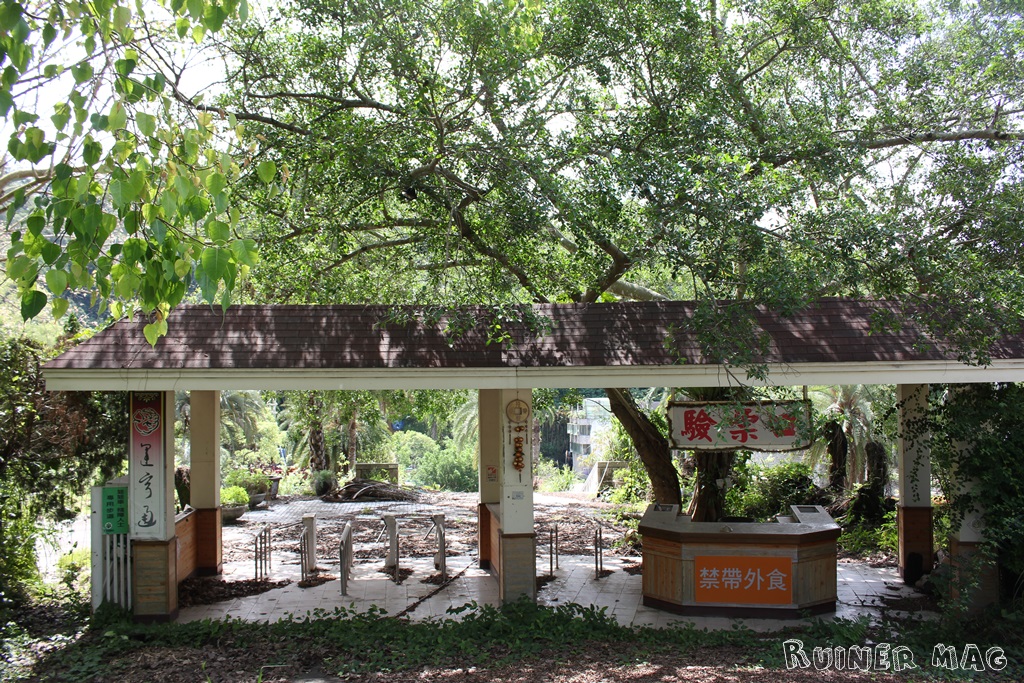 Mankind is fickle with his affection – as a Taiwanese saying goes, people quickly prefer the new and grow sick of the old. In recent years, central Taiwan – and in particular Taichung – has become one of the fastest expanding metropolises on the island, inevitably creating with it a set of buildings, which were deserted when they were not quick enough to keep up with the pace of urban developments. One of the most famous lines from Percy Bysshe Shelley’s poem “Ozymandias” reads, “Round the decay / of that colossal wreck, boundless and bare / The lone and level sands stretch far away.” These ruins certainly did not escape the ravages of time – even the most magnificent of empires could not – but there is something poetic about their disintegration. Hidden within Taichung’s Dakeng’s scenic region is a world that once brought children and adults joy. At its pinnacle, Encore Garden – a theme park founded in 1983 – saw more than 1.5 million visitors a year, with tourists flocking to the expansive grounds to behold its famous night time water show for themselves. However, after a rapid decline in visitors and several failed auction bids and attempts of revival, the park quietly closed its doors in 2008.

Now, six years later, the name Encore Garden has never been so fitting – the park has rejuvenated into an idyllic paradise, an Eden. Life springs from the lush forest that has now enveloped the grounds. Nature has found a home here. Vines climb over the seats of the now defunct rides, shrubbery sprawl the walkways and the grounds are populated by undergrowth, creating a new-found elegance that was never present when overrun by screaming children and stroller-pushing adults. Spanning more than 40,000 ping in Taichung’s Dakeng mountains, Taichung Ling-xiu is a forsaken residential community comprised of 112 independent apartments and villas. The area transferred hands several times through government auctions after the construction company filed for bankruptcy half way through building the area, and unfortunately, attempts at making the area into a high-class residential community never worked out.

Explore the expansive grounds and witness the forlorn concrete structures that never were. The area is now completely covered in vines and undergrowth, as if it were a town straight out of a fairy tale. Qian Yue Department Store is among one of the many deserted structures in downtown Taichung, which spawned many buildings during the Japanese occupation as the heart of the city. However, with the rapid shifting of commercial circles and urban developments, the area surrounding the Taichung Train Station has lagged behind. After a fire broke out on the seventh floor in 2005, Qian Yue was abandoned.

Besides an internet cafe on the second floor and a restaurant on the seventh, the deserted home of a former department store, several restaurants, cram schools and a KTV is an eerie sight to behold. Caved-in ceilings and floors, left-over furniture, rubbish and remnants from the fire makes a visit to this 50-something year old building something of a post-apocalyptic adventure. During the 1960s, Honolulu Club was one of the hippest, most popular clubs in Taichung. Sitting on the intersection of Zhongshan Road and Shifu Road, the night club — with its distinguished architecture and decor — possessed a charm that drew in those who wished to escape from the monotony of their daily lives.

Almost 50 years later, the club doesn’t seem to have lost its allure for the youths of today, who have transformed the club into a contemporary artistic space with a campaign called “In Light – Music & Art Ruined Reviving”. Take a moment inside the empty concrete building and you can almost hear the beat of that funky music, see those flashing lights, and the young men and women, who danced and danced as if nothing else in the world mattered.

All images courtesy of Ruiner Mag