Best Upcoming Music Festivals in Taiwan During Spring and Summer 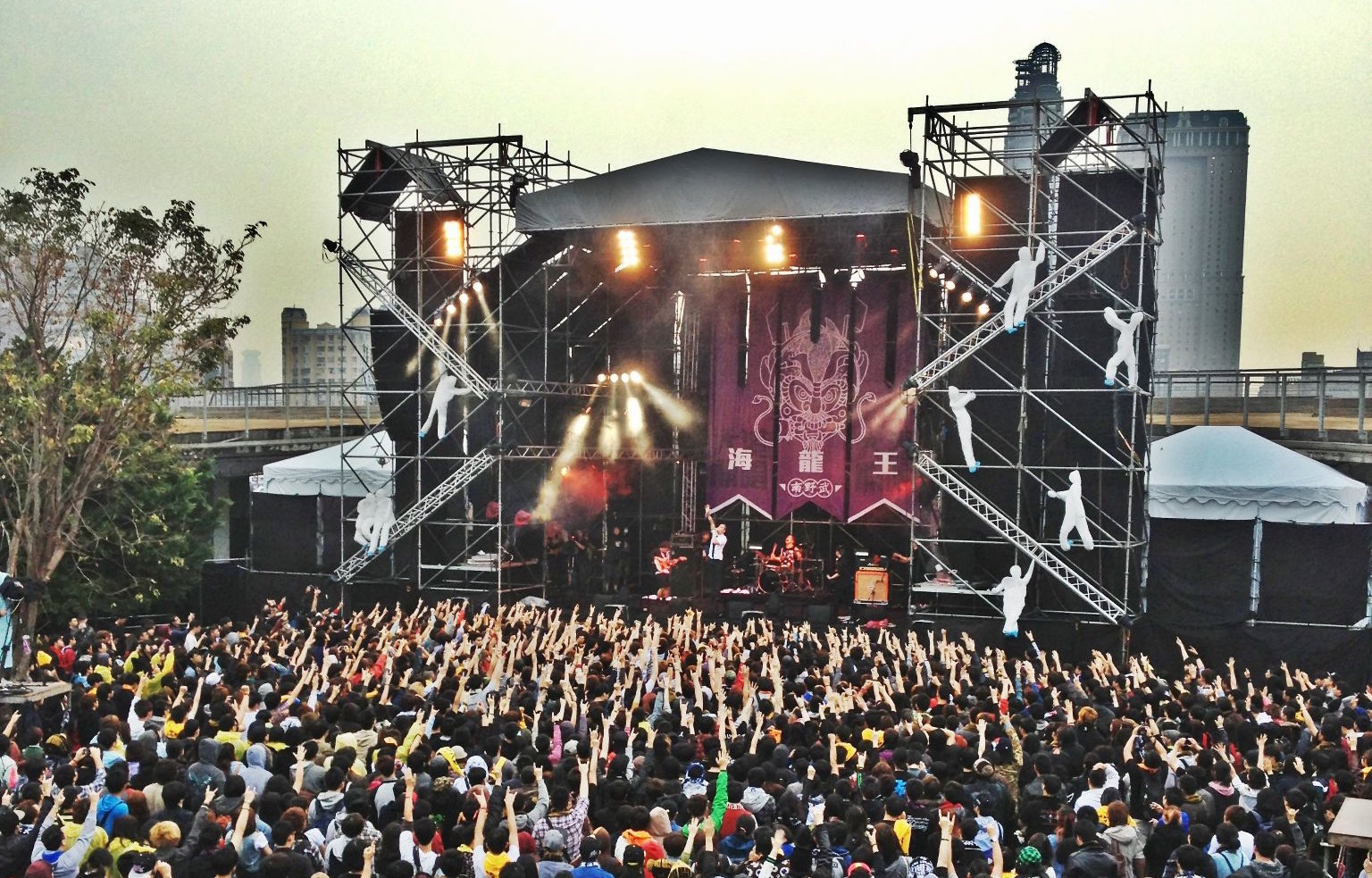 Music, as everyone knows, is incredibly powerful, and there’s nothing quite like the experience of attending a live concert – or at a music festival, in fact, where music reigns supreme, beats pulse endless, heads rock synchronized. With spring and summer just around the corner, what better way to enjoy the sun and outdoors than at one of these upcoming music festivals, entranced, screaming and jumping up and down with fellow music aficionados? Ushering in large-scale rock festivals in Taiwan, Mega Port Festival began in Kaohsiung in 2006. Local bands and international pop stars from a variety of genres (rock, metal, electro, punk and more) and the more than 10,000 attendees help fuel the fun and passionate atmosphere. Unlike other festivals, organizers also invite NGOs to help build awareness about environmental issues and human rights. This year’s line up includes Denise Ho (何韻詩), a Cantopop singer from Hong Kong who participated in the Umbrella Movement. Tonyband from Japan will also be making an appearance, and band member Tony Ooki (東尼大木) is well known for being two things: a Japanese AV idol and a Jay Chou doppelgänger. Held annually in Taipei since 2001, T-Fest is a relatively new music festival that revolves around digital art and music and the imagination of the future. As if that’s not abstract enough, the “T” in the festival’s name stands for many things, among them Taipei, Taiwan, today, tomorrow and tech. T-Fest strives to be a contemporary art and music festival with the goal of contributing to the development of Taiwanese culture through media, internet and sciences. It is known for its rather indie line up both local and international. This year, the festival will be headlined by American indie-rock band Cloud Nothings and Danish alternative-rock band Mew and features local indie-inclined acts such as 1976, HUSH and Waa Wei (魏如萱). Spring Scream is a large music and art festival held at the southern-most point of Taiwan– Kenting National Park. American expats Wade Davis and Jimi Moe have been organizing this annual fest since its founding in 1995. The festival focuses on celebrating music and art, and 200 local and international bands are expected to perform this year. Organizers encourage attendees to bring their camping gear – à la Coachella and other Western music festivals – creating a more casual, laid-back vibe of a big, friendly gathering of music lovers escaping from the hustle and bustle of the city. Spring Wave, also in Kenting the same weekend as Spring Scream, is a highly anticipated music festival that features many mainstream artists and hosts a talent competition. Spring Wave began in 2006 and has been held in Kenting as well as Hong Kong (2013) and Singapore (2013-2014), making it an established pop festival within Asia. Jam Hsiao, Della Ding, Joanna Wang and rapper Miss Ko will all grace the stage this April at Spring Wave, a paradise for fans of Taiwanese pop. The festival also hosts an Electronic Dance Party that many features many up and coming EDM DJs. With tons of adoring supporters of pop idols and EDM fans, Spring Wave is an exuberant celebration of music and pop culture.

Wake Up Festival began in 2009 as a platform for student bands in Chiayi County who lacked the opportunity to showcase their talent. Since then, the festival has been gaining traction year after year, and this year boasts eight large stages and 150 bands from nine countries. One of its headliners this July is Wu Bai & China Blue (伍佰 & China Blue), a famous Taiwanese rock band whose lead singer, Wu Bai, is also from Chiayi. The festival feature many local rock, as well as metal and punk, bands but is not only about the music. Through activities and games that highlight Chiayi, the festival becomes an enriching cultural experience.

Photo via Wake Up Festival Heart Town Festival is best known as the only heavy metal music festival in Taiwan, attracting thousands of fans to Greater Taichung for the two day event. In recent years, line-ups have included several big international names in metal and metal-core, including Architects, Crossfaith and Finch. With thousands of screaming fans moshing, the intense atmosphere makes the festival an unforgettable experience. Beastie Rock was organized by a group of indie artists with the goal of achieving healing and catharsis through the power of music. Thus the crowd at Beastie Rock tends to be on the wilder and crazier side, making for an upbeat and euphoric experience. The separation between the stage and the crowd is minimal, hyping up audience participation and excitement for the three day event in Tamshui. At Beastie Rock, anything goes, and with over 75 bands in its line up, expect significant collaborations between bands, which always keep the audience entertained and their spirits and anticipation high.