I See You: Takeshi’s Heaven Road in Taitung 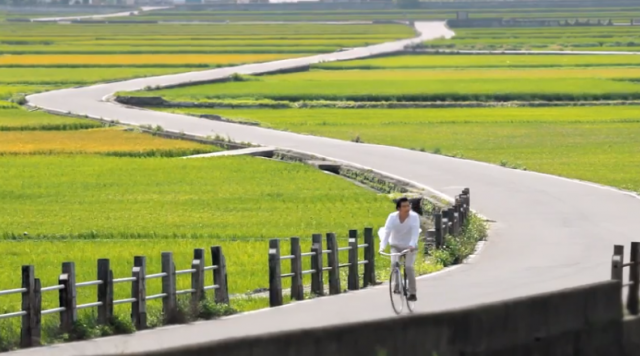 Eva Airlines 2013 global campaign “I See You”, featuring international superstar Takeshi Kaneshiro 金城武, has taken over the web in Taiwan over the past couple of weeks. The commercial has different versions in a total of three languages (English, Japanese, and Mandarin), and was filmed in France, Japan, and Taiwan.

One of the filming spots in the commercial (see video below at 0:55) in Taiwan also became a popular tourist destination after the release of the commercial. Beautiful “Heaven Road” (天堂路) and “Brown Boulevard” (伯朗大道) is located in the Chi Shang Township Taitung county (台東池上鄉)  in Eastern Taiwan. Many in Taiwan weren’t aware that this spot existed  and were amazed by the beauty of the area after seeing the commercial. Some have even started calling the road “Takeshi Avenue” since he was the one that gave so much exposure.

If you ever travel down to Eastern Taiwan, be sure to check out the Heaven Road and Brown Boulevard! Now enjoy the commercial below, if you haven’t seen it yet:

Learn more about the campaign: Eva Air I SEE YOU