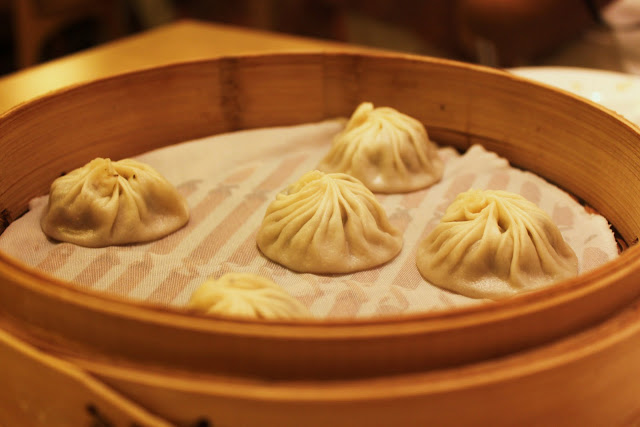 A version of this post originally appeared on S.O.F.A.T. Blog.

While several locations of the famed Din Tai Fung have cropped up around the globe, the DTF in Taipei is the only store (as of now) with black truffle juicy pork dumplings (松露小籠包).These black truffle xiaolongbao come five per long, or five dumplings per bamboo steamer. Each steamer of five delicately wrapped dumplings are 450 NTD, which amounts to roughly 15 USD. If there are five dumplings per steamer, and each steamer is 15 dollars, then each bite-sized dumpling is just about three American dollars each. Those are some expensive dumplings, so they had better be worth it. 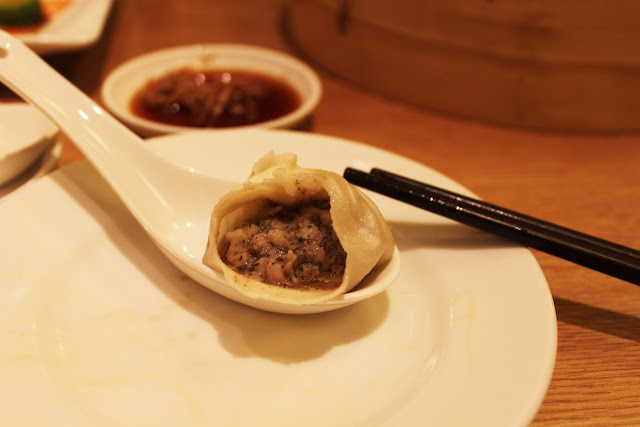 I can now tell you from personal experience that three dollars per dumpling is worth every bite. From the moment the server delivers the dainty delights, you know they’re special. The server instructs not to douse these dumplings in the black vinegar that is typically used as a dipping sauce for the xiaolongbao. Heaven forbid that we use soy sauce on them either. Instead, the server advises to take a sip of hot tea in order to cleanse the palate. Wash away any remnant of cucumber or seaweed appetizer that may have lingered behind. Just one bite, he says… and beware… they’re hot! 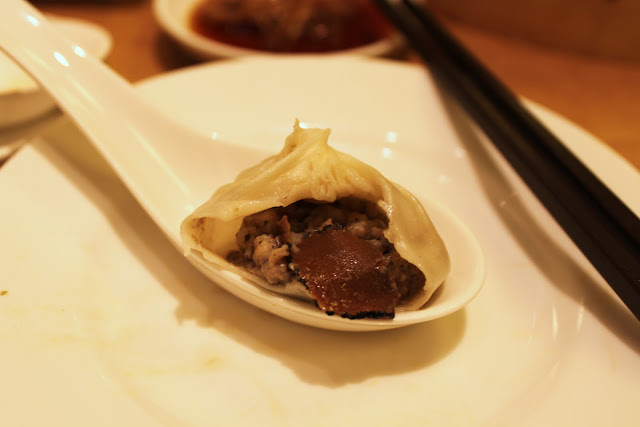 In this one bite, the subtle flavors of buttery truffle oil permeate through the tender yet firm pork and travel up through your nostrils while hitting every single pleasure sensing nerve within your oral and nasal cavities. If you go against what the server advises and take just a mere half bite instead, you would find out that the little black specks in the dumpling are causing this sensory overload in your mouth. And you would definitely know that these little black specks are not black pepper. They are the shaved black truffle pieces, and they are the reason why you are charging this meal to your credit card. 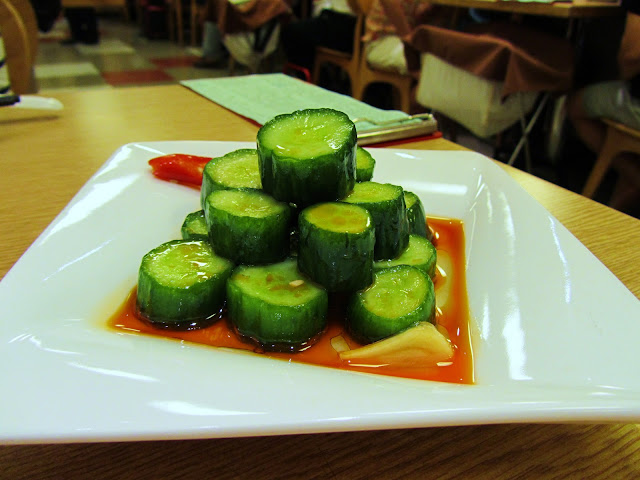 If you are lucky you might spot a large shaving of black truffle within one of the five dumplings. And it might look like the dumpling is sticking its tongue out at those who have not yet experienced the indulgent taste of steamed black truffle juicy pork dumplings. It might. 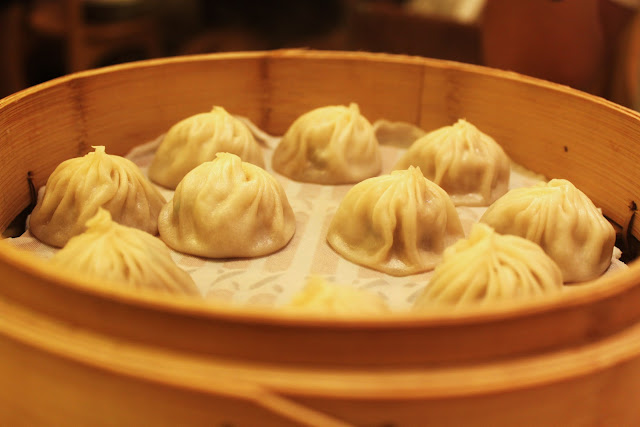 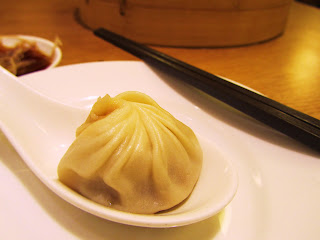 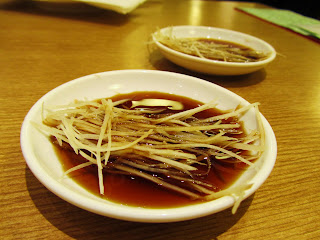 Let’s face it though. Even though the black truffle juicy pork dumplings make you feel like the caviar consuming first class passengers on the Titanic, you can only afford perhaps two steamers of those suckers before you realize you’re still going to go home hungry. Well, if you’re here for dumplings, you have to settle on the house specialty of regular juicy pork dumplings. These come ten per long at a much affordable price, although still pricey for Taiwanese standards. And of course, the regular xiaolongbao can be dipped into the black vinegar. The vinegar’s tangy taste contrasts the dumpling’s overall savory flavor to bring out the sweetness of the pork. And all I can taste inside the dumpling is succulent pork soup. No buttery truffle? How boring.

The house specialty is an absolutely unparalleled steamed pork dumpling. However, I will tell you I would have much rather had finished all the regular xiaolongbao before moving onto to the fancy flavors of its truffled cousin. An anti-climatic meal is slightly disheartening. 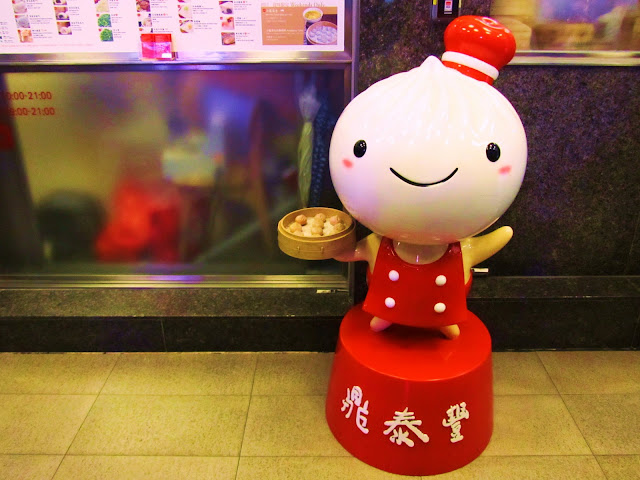 But I must give credit to Din Tai Fung for putting this winning addition on the menu. A product that has been dug up by French pigs and then later infused into fresh Taiwanese pig? Well, that’s a somewhat cannibalistic double pork whammy! Did they get this idea from the company mascot, a seemingly happy xiaolongbao that courageously serves up a steamer of ten miniature versions of itself? What will they think of next?

Before that question gets answered though, do yourself a favor and drop by the original Din Tai Fung store on Xinyi Road in Taipei.

Michael Lin is a Taiwanese-American culinary enthusiast and avid world traveler. He loves food so much that he left his corporate job in pursuit of a career in the food & beverage industry. He writes for S.O.F.A.T. Blog and films instructional cooking videos featuring Taiwanese cooking. On the weekends he leads private food tours of the San Gabriel Valley in Los Angeles featuring Chinese and Taiwanese cuisine. He is currently writing the first Taiwanese cookbook for English readers.