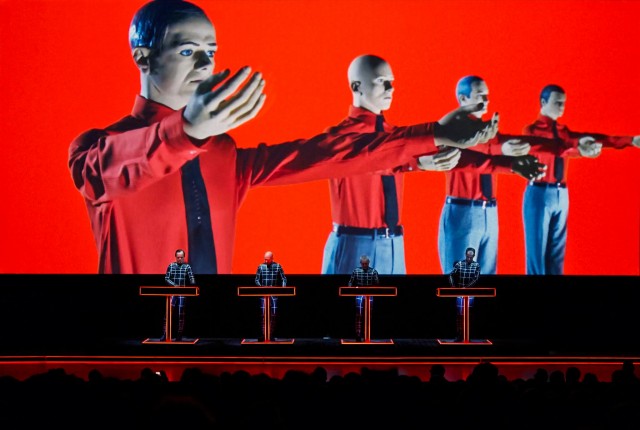 If you asked a local Taiwanese club kid who Daft Punk are, they would probably answer, “Didn’t they do a song with Akon?” If you then asked them who Janet Jackson is, they would likely respond, “The sister of Michael Jackson”. In the homogenous land of Taiwan, most of the masses listen to some combination of Taiwanese, Western and Korean music (most of it commercial) rarely venturing out to discover music that speaks to their soul.

Enter Bella Ma. A beauty as her name suggests, Bella is the associate director of Very Aspect Culture Group, an organization dedicated to raising the cultural capital of the Taiwanese music and arts scene. With a twinkle in her eye, Bella tells me of a time where music was a living thing, where it was authentic and full of wonderment. She tells me that one of VA’s main goals is to expose Taiwanese locals to the original masterpieces and the artists that created them. Judging by the string of names they have brought to our small island, they are doing quite well: Bob Dylan, Santana, Paul Simon, and Pet Shop Boys, to name a few. What is most inspiring about Very Aspect is that the organization seems to be fueled by passion for eclectic music. Since 2010, VA has organized and hosted their very own multi-artist event, TWinkle, in which local Taiwanese acts share the stage with established international acts, such as the Chemical Brothers. VA even have a few local artists signed to their independently owned record label. One of their artists, Matzka, has achieved great recognition, winning at the Golden Melody Awards (the equivalent of the Grammys). In Taiwan, it is difficult for a company promoting non-commercial music like VA to break even at all, but VA balances their budget by hosting concerts for some of the biggest names in Western music. Justin Bieber, Maroon 5 and even, Janet Jackson have all performed on Ilha Formosa, courtesy of VA. In recent years, as a result of the Korean pop invasion, VA has also started bringing in K-pop stars such as Rain, Super Junior and 2PM. As if what they do was not impressive enough, Very Aspect takes running on dreams and ideals one step further by promoting social change via concert events. Their upcoming “No Nuke” concert, headlined by the legendary electronic band Kraftwerk, will be held at the Taipei NTU Sports Center on April 30th. Bella hopes to raise awareness about the controversy surrounding Taiwan’s fourth power plant and anticipates the 3D concert to be a spectacle for the eyes. Learn more about the “No Nuke- Kraftwerk 3D Concert” here.

When asked what is on the horizon for Very Aspect, Bella responds that VA will expand into China this year. She assures that there will also be a continued dedication to bringing in an eclectic mix of foreign artists. Bella then lights up as she mentions that VA is particularly pleased to host Icelandic indie sensation Björk on August 10th. I see the twinkle in her eyes again and only see good things in store for the future of Very Aspect. Ryen Yeh (彤仕維) is a Taiwanese singer, songwriter and music producer. He started his career in the Taiwanese music scene in 2008 writing songs for artists such as 江美琪, 溫嵐, 王櫟鑫. After two years with Seed music (種子音樂), he gained recognition as an online singer/songwriter in 2010. In early 2012, Ryen, under the alias DJ EmpathE, started his weekly online broadcast of dance music, BELIEVE. He currently performs at events as DJ EmpathE and produces “current and catchy dance pop songs for the Asian market”. Follow him on FB here.