Made In Taiwan: Why Din Tai Fung Is Important 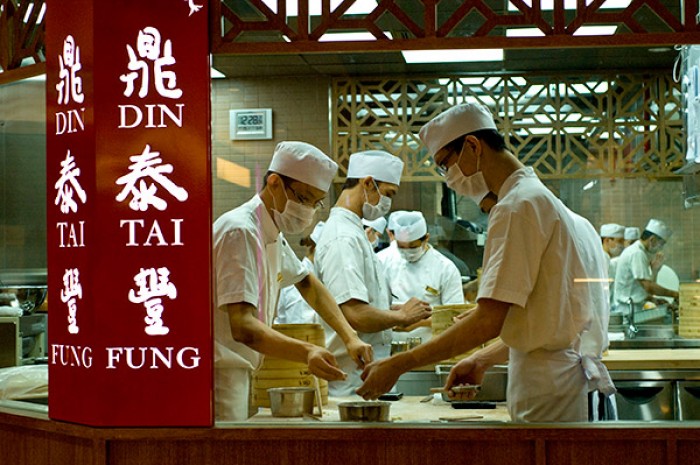 It’s a restaurant that sometimes has queues stretching across the block. You have to take a number before sitting, and the wait can occasionally be forty minutes. It’s the spot that all the ABCs go when they return to Taiwan for the winter and summer breaks, and it’s the place that your local Taiwanese friends call pricey and a little overrated.

It’s Din Tai Fung (鼎泰豐), and whatever faults it may have, it still remains a pride and joy of Taiwan. 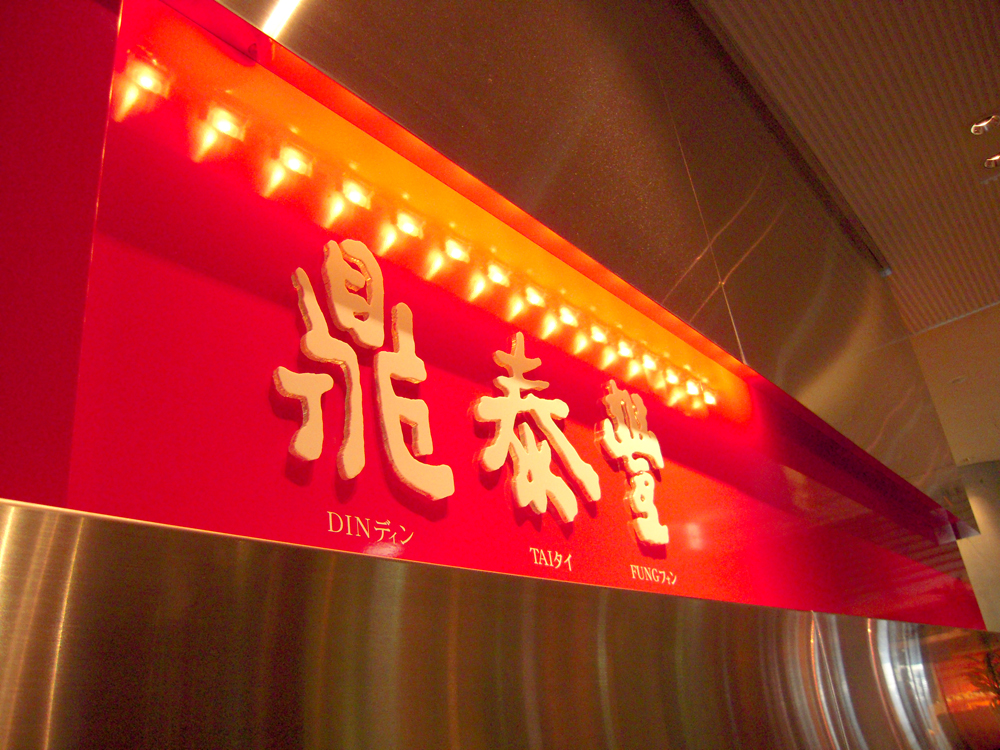 What is it about Din Tai Fung that attracts so many customers? It might be the legend behind the place, which is arguably just as engaging as its cuisine. Founded as a cooking oil shop in the 1960s by Yang Bingyi, who immigrated to Taiwan from Shanxi province on the Mainland, Din Tai Fung originally began selling simple noodle and dumpling dishes in an effort to boost business. But before long, the shop’s tasty xiaolongbao (小籠包) steamed buns took off, and the rest is history. Din Tai Fung’s days as an oil store quickly vanished, and the restaurant slowly built its way up, becoming a Taiwanese chain that currently has five restaurants in Taipei alone, not to mention worldwide locations in the United States, Australia, Japan and multiple other countries. Yet despite Din Tai Fung now being available all over the globe, many tourists still make the restaurant–particularly its original location on Xinyi road–one of their first stops when they touch down in Taipei.

What then, might those waiting-in-line tourists do if you told them that actually…Din Tai Fung’s food isn’t really Taiwanese?

Yup, that’s right. Technically, Din Tai Fung’s delicious soup-filled xiaolongbao are a staple of Shanghainese cuisine, not Taiwanese. And while Taiwanese-style cong you bing (蔥油餅) scallion pancakes might be available as a side dish on the menu, the vast majority of Din Tai Fung’s signature dumpling dishes are from Southern Mainland China. 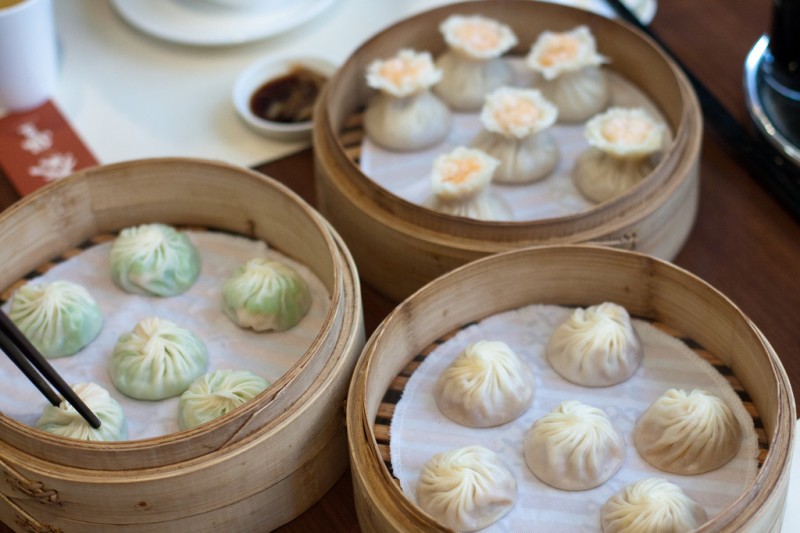 In the end, however, this doesn’t matter. Much of Taiwanese cuisine originally came from the Mainland, after all, and the most local Taiwanese dishes, like a-gei (阿給) tofu or o-a-chian (蚵仔煎) oyster pancake are foods that you go to a night market to enjoy, not a fancy sit-down restaurant. Din Tai Fung’s importance, then, is not necessarily because it raises the general public’s awareness of Taiwanese food, but rather because it raises the public’s awareness of Taiwan itself. Because no matter which Din Tai Fung you go to, whether it’s the Los Angeles store or the location in Kowloon, Hong Kong, the menus proudly proclaim that Din Tai Fung is a Taiwanese franchise, born and bred in Formosa. The cuisine may not be 100% local, but the other facets of the restaurant, including its impeccable service and rags-to-riches background story, are all Taiwan.

Taiwan is a little island unfortunately unknown to many in the wide world. But to those that line up outside Din Tai Fung’s doors on a Saturday evening at locations around the globe, it’s a “Taiwanese restaurant” that they’re waiting for. Like the MiT (Made in Taiwan) slogan that the Taiwanese government keeps pushing nowadays, that’s something to be proud of. As CNNGo said in their recent article of 40 Taiwanese Foods We Can’t Live Without, “xiaolongbao may be a Shanghainese delicacy, but…the Taiwanese perfected it.” One commentator, Ada Wu, affirming the importance of Din Tai Fung amongst criticism that the restaurant is overrated:

We still need to support them (Din Tai Fung); after all many foreigners don’t know where to go to eat good xiaolongbao. Especially in foreign countries, when I see a Din Tai Fung store I feel very moved. That was something opened by us Taiwanese!

True words. So while it might be a bit pricey, next time you’re in the mood for a dumpling, support your local Din Tai Fung. You’ll be supporting Taiwan too. 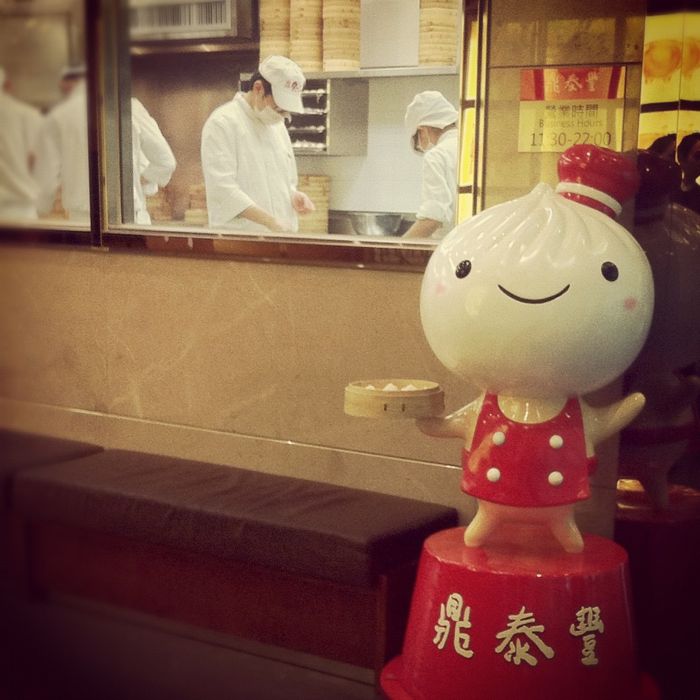 Definitely agree with everything you had to say… despite the price and the fact that you can find delicious XLBs throughout Taipei, DTF will always be one of Taiwan’s greatest hits. I can’t believe I didn’t know the story behind DTF.

i love the OG store near xinyi rd; the service is impeccable! definitely my favorite part; not only does DTF showcase Taiwanese favorites, it shows our warm hospitality!